You are here: Home / Health / Smoking Death Toll is Even Higher than Previously Thought 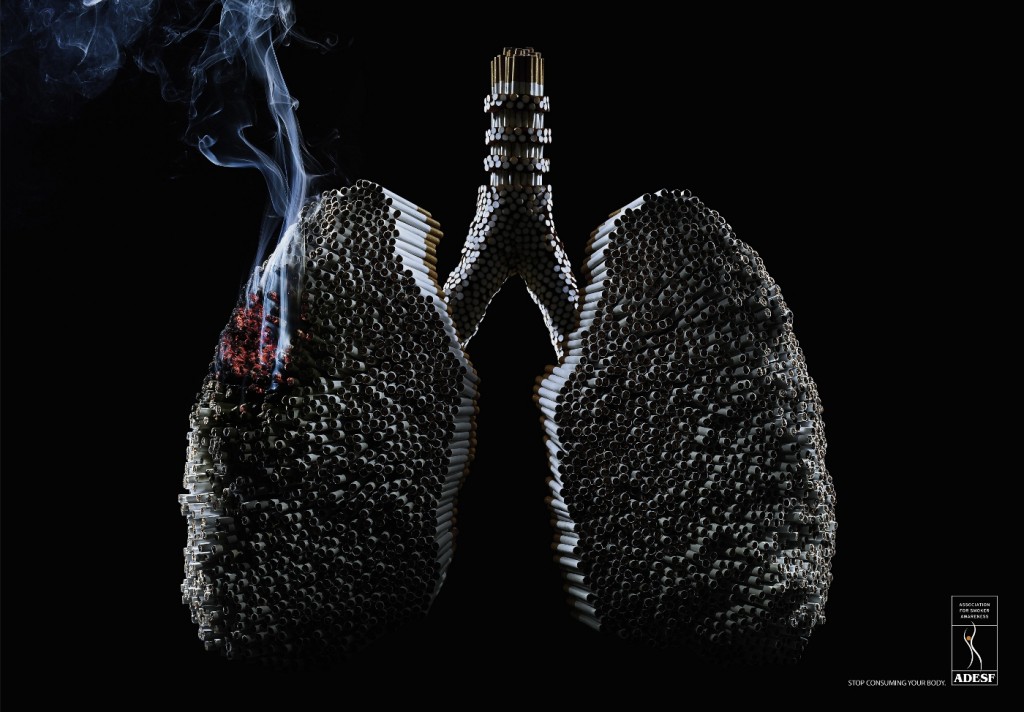 We already knew that smoking was bad. What we didn’t know was how bad. A recent study suggests that the smoking death toll is even higher than previous studies claimed. Until recently, it was believed that approximately 480,000 Americans die yearly as a result of smoking-related diseases. However, that figure is a bit off, scientists say.

At least 60,000 deaths a year are added to that figure, so that the true figure depicting smoking-related mortality reaches 575,000. Smoking had already been considered the culprit for 21 death-causing diseases, however, this new study suggests that several other diseases could be added to that list.

This new study was published on Thursday in the New England Journal of Medicine. It involved tracking the health of approximately 500,000 people for a period of 10 years. Apart from the already well-studied diseases that are connected to smoking, from coronary artery disease to lung cancer, chronic lung disease or strokes, the study revealed that smokers had a higher risk of presenting other types of illnesses. These illnesses included infections, kidney and intestinal disease, as well as heart and lung illnesses which had, in the past, not been linked to tobacco consumption.

And the risk increase for smokers is not trivial, Eric Jacobs, study author and pharmacoepidemiology strategic director at the American Cancer Society said. For at least five of the diseases newly identified as being connected to smoking, smokers had twice the risk of dying as a result of developing such an illness as opposed to nonsmokers.

“Smokers die, on average, more than a decade before nonsmokers,”

Dr. Graham Colditz with the Washington University School of Medicine warns. Ad sadly, the smoking epidemic is by no means over. What we now need to do is to evaluate how society is influenced by smoking and what it is that the government can do to offer support to clinicians and public health officials.

The numbers that five ongoing studies had obtained thus far were compared by researchers from the American Cancer Society. Overall, 954,029 men and women were included in all five studies and have been tracked for the last 14 years. A whopping 16,475 (19 percent) of the smokers included in the study died between 2000 and 2011. But the more alarming number is the 108,253 (23 percent) of former smokers who also died.

“We have this huge cohort. Let’s get into the weeds, cast a wide net and see what is killing smokers that we don’t already know.”

What the study did not prove was a cause-effect relationship because of its nature. An observational study can only look at particular variables and note correlations between these habits and particular health issues. Of course, because of ethical reasons, a study that would prove a cause-and-effect relationship isn’t feasible. Such research requires the study groups to be randomly assigned to treatments or placebos and asking a certain study group to smoke in order to conduct a study isn’t a possibility.

Yet the observations of this study have biological explanations. Smoking influences a person’s immune system, thus making him prone to infections. On the other hand, high blood pressure, diabetes and artery disease are all illnesses connected to smoking and as a result, kidney issues could manifest as a comorbidity.

The findings also suggested that female smokers had a 30% higher likelihood of succumbing to breast cancer as opposed to non-smoker females. Yet this finding doesn’t definitively prove the connection, especially since alcohol consumption is higher among smokers and alcohol is incriminated in the appearance of breath cancer.

As a result, the surgeon general will not be revising the official list of 21 diseases based on this study because the connection was “suggestive but not sufficient.”
Image Source: The Inspiration Room