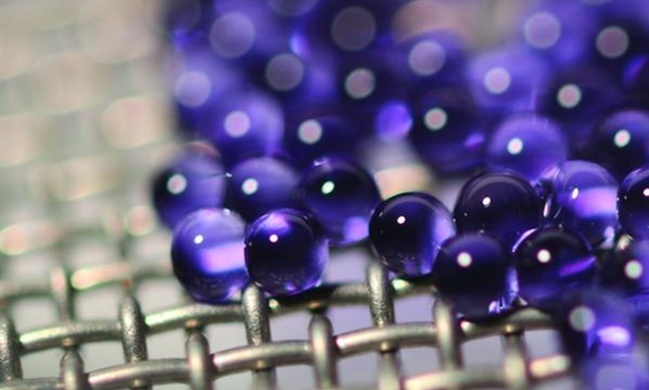 A team of scientists from the Harvard University and the Lawrence Livermore National Laboratory managed to design what may be the cheapest, faster, and cleaner technology of grabbing carbon dioxide out of the air by far. And its main ingredient is the commonly used baking soda.

Scientists said that currently there are other carbon-capturing technologies out there, but none of them is so cost-effective and clean. The new technology involves small silicon beads stuffed with a baking-soda-based solution.

John Vericella, one of the beads’ designers and an engineer at the Lawrence Livermore National Laboratory, argued that those beads will remove all CO2 gas inside a smokestack within minutes. He also performed a quick demo by dumping a handful of beads in a glass filled with a soft drink – all the bubbles disappeared in minutes.

A review on the carbon-craving silicon capsules was published Thursday in “Nature Communication”.

Roger Aines, coauthor of the study, believes that the success of the new technology will be assured by the humble components used in the manufacturing process. He explained that the solvent within the ‘microencapsulated carbon sorbent’ (MECS) is the same baking soda many of us have in our kitchens.

The shell that holds the filling is made of silicon, a common material that is used in many modern-day cooking utensils and holders.

The invention may also help fight climate change in times that climate change prevention is one of the most stringent actions world’s governments should take. President Obama called this year carbon-grapping from air “one of the greatest economic opportunities of the 21st Century.”

But the power industry thinks exactly the opposite, since the current carbon-stripping technologies are very costly and slow.

One of the big barriers for carbon capture and storage is the cost, which right now is about $100 for a ton of carbon. That’s got to come down by about half to get commercially competitive with other forms of low-carbon energy,”

explained Stuart Haszeldine from the University of Edinburgh, in the U.K.

Still, the developers of the baking-based technology hope that their beads could strip carbon from both coal and gas plants, as well as from other industries such as the glass industry, which is a heavy polluter.

They say that their backing soda-based microcapsules do not contain all the harmful chemicals others technologies involve, and there’s no danger of a bio-hazard if they brake down as it happens currently. But they do contain a chemical speed booster, because baking soda alone was too slow in sucking the Co2. The booster also allowed scientists to make the capsules smaller than the water droplets of a shower head, so they can fit into less space, be cheaper and more efficient.

But although it is a very promising technology, it may take years to test the it into a real plant smokestack, researchers claim.