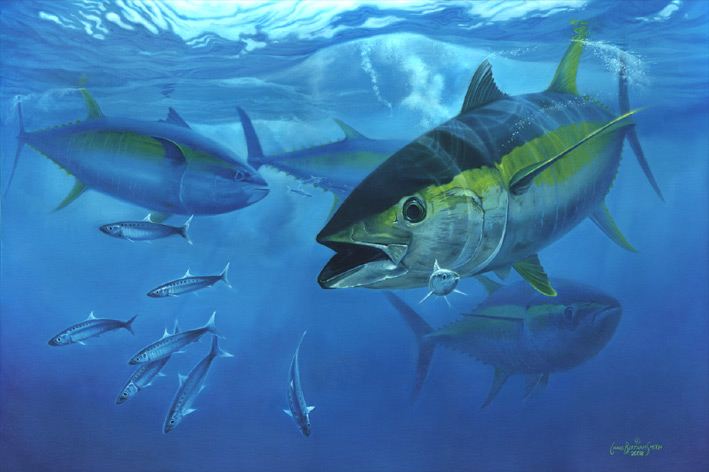 One of Hawaii’s favorite foods is now under the microscope as scientists find signs of contamination. The rising mercury levels in yellowfin tuna are concerning scientist as a new, potent toxin is on the rise. According to a recently published study, the concentration of mercury identified in North Pacific fisheries has been steadily increasing for the last years by approximately 4 percent.

Paul Drevnick, the lead author of the study, working with the University of Michigan’s School of Natural Resources and Environment, spoke about these concerning issues. The work he and his team conducted suggested that the mercury levels in yellowfin tuna are continuously increasing and that these levels corroborate with model predictions for the substance’s concentration in North Pacific waters.

The situation is actually grave, especially since mercury levels have skyrocketed between 1986 and 2006 by approximately one third. Because mercury tends to bioaccumulate, especially as it journeys up the food chain, scientists were not surprised to find large concentrations in older sea creatures, especially carnivores.

Scientists analyzed the atmospheric mercury release which was brought on by coal burning as well as smelting. They then compared these mercury levels with the records that were already available for the past 50 years and concluded that concentrations are continuously on the rise.

“This confirms that mercury levels in open ocean fish are responsive to mercury emissions,”

Drevnick underlined, while also mentioning that the mercury concentrations in the Pacific might double by 2050 if the rate remains the same. Such an increase would most likely overwhelm the Pacific with toxic metal.

Researchers even took into account the fact that overfishing has caused a decrease in size of the fish that were being caught, as mercury tends to accumulate over time.

The Yellowfin tuna (marketed as Ahi tuna) is considered a high-mercury fish by the Natural Resources Defense Council, which advises consumers to eat it sparingly. In fact, your best bet is to go further down the food chain and always choose small fish, preferably those who eat plankton (for instance, sockeye salmon).

Mercury has a significant impact on the human brain where both development and function is concerned. In highly exposed children, mercury levels are incriminated as a possible cause for reduced IQ’s.

The mercury currently found in the Pacific Ocean stems from industrial activities conducted in Asia, Drevnick’s team found. Once in the water, microbes convert mercury to its most toxic form: methyl mercury. Centuries are needed for the mercury to finally leave the food chain, and when it does, it either ends up in the soil or sinks to the deepest parts of the ocean.

The study was published in Monday’s issue of Environmental Toxicology and Chemistry.

Hope now lies with the Minamata Convention’s agreement, which many of the world’s powers have already signed, China included. This international treaty should limit the industrial use of mercury by 2020.