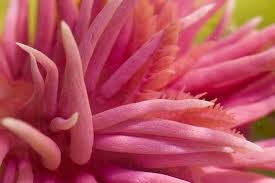 A rare bloom of pink sea slugs off the central and northern Californian coast that is caused by unusual high temperatures of oceans may signal further ocean warming and a strong forthcoming El Niño event, California scientists reported.

The sea slugs, dubbed the Hopkins Rose (Okenia rosacea), are a bright pink species of the group of nudibranchs that usually thrive in the waters of Southern California. So, spotting them in the north is a real strange event.

Without an El Niño expected to occur this year, researchers said that the strange blooming may signal a larger shift in oceanic temperatures similar to what happened in the eastern Pacific Ocean in 1977.

Back then, the unusual sea slug blooms foretold a decades-long period of warming ocean temperatures in the context of weaker El Niño events. Over that period, many sea animals, including sea and dolphins, appeared in unusual coastal ranges.

Dr. Terry Gosliner, a nudibranchs expert and California Academy’s curator of the Invertebrate Zoology and Geology Department, said that he and his team were thrilled to see the rare bloom of nudibranchs, but the consequences of the coastal environment were more worrisome.

Our current climate conditions are great for some of my favorite slugs, but we can’t ignore that warming seas mean less food for sea birds, and adverse impacts for all marine ecosystems. California’s unique marine life can’t always adapt to so much instability,”

He explained that a major shift in ocean’s climate may lead to mass extinction of sea creatures in the next decades.

Dr. Gosliner and other marine experts published a report in the journal Limnology and Oceanography, which linked sea slugs blooms to more warming of the oceanic temperatures.

The report also predicted that Hopkins Rose nudibranch would drift farther north as the ocean warms up. Back then, researchers explained that the phenomenon was linked to a “cocktail” of three overlapping events: northward ocean currents, increased ocean temperatures, and a weak upwelling.

We’re seeing this exact cocktail of climate conditions in California right now. We are tracking the trends to find out exactly what the shift means and how it might impact marine life,”