You are here: Home / Health / Peanut Allergy Could Be Treated with a Skin Patch in the Near Future 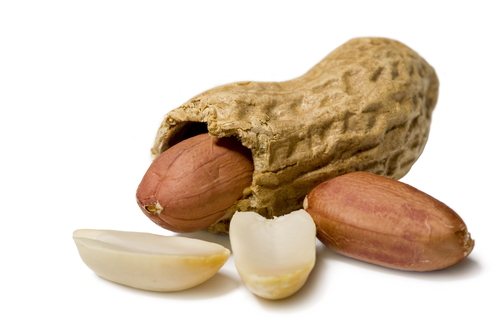 A new study revealed that peanut allergy could be treated with a newly-developed type of skin patch. Researchers revealed the results of the study at the annual meeting of the American Academy of Allergy, Asthma and Immunology on Sunday.

Dr. Hugh Sampson, the lead author of the study, director of the Jaffe Food Allergy Institute at Mount Sinai and professor of pediatrics at the Icahn School of Medicine, revealed that the participants in the study who wore the highest-doses of peanut patches didn’t have to worry about peanut contamination anymore.

For people with peanut allergies, consuming even trace amounts of peanuts can cause a life-threatening allergic reaction that can lead to anaphylactic shock.

According to the Food Allergy Research and Education group, one in thirteen children in the United States has a food allergy and around 15 million Americans have them. On average, 90% of the allergic reaction are caused by eight foods: shellfish, fish, wheat, soy, milk, eggs, peanuts and tree nuts.

Peanut allergy could be treated with a simple skin patch in the near future. For the skin patch trial, researchers asked 221 volunteers to wear a placebo watch or a peanut patch that contained three types of doses of peanut protein: 250 micrograms, 100 micrograms and 50 micrograms.

Some volunteers experienced itchiness and redness at the site of the peanut patch, but aside from that there were no other serious effects. Only two participants dropped out of the study due to flare-ups of eczema.

The purpose of the skin patch was to desensitize patients to peanuts by exposing them to small amounts of the dangerous allergen.

While the results of the study are highly promising, researchers will continue to follow the participants of the study for one more year to see if the results are maintained. Sampson said that it could be several years before the peanut patch will be approved by the FDA and available for consumers around the world.