You are here: Home / National News / Oscar Bomb Scare near Venue Where the Awards will be Held on Sunday 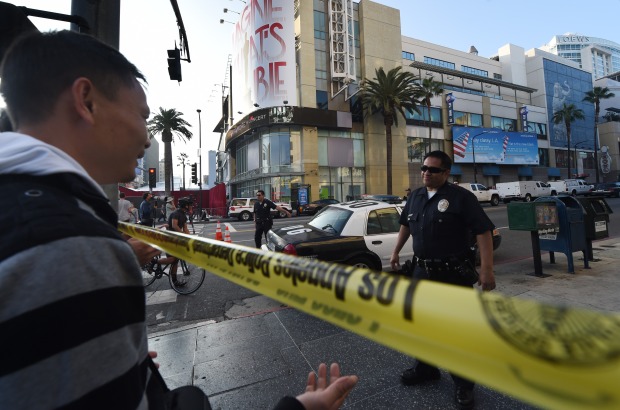 LAPD investigated a bomb threat that was next to the venue where the Oscars will be held on Sunday. After careful investigation the Oscar bomb scare was revealed to be just that, a scare and nothing more.

The bomb squad from the Los Angeles Police Department investigated a potential threat of explosive near the place where the Academy Awards are going to take place this Sunday, Hollywood’s Dolby Theatre.

Police officers stopped a man for reckless driving yesterday close to the Dolby Theatre. When questioned about the reasons behind his reckless driving, the person told LAPD that he may be carrying explosives in the truck of his car.

The LAPD reacted by calling the bomb squad at the scene where they tested to check for explosives by shooting at water cannon at the trunk of the car. This scared some witnesses, as the water canon made a loud noise, it was revealed by one officer on LAPD’s official Twitter account.

The incident took place at around 3 p.m. and with the arrival of firefighters and the bomb squad, there was a shutdown of the streets and sidewalks near where the car was parked. It was revealed by the LAPD that the man was lying about his car having explosives in it and that there were no explosives found at the scene.

The entire incident took place several blocks from the Dolby Theatre, where the 87th Academy Awards will take place on Sunday, February 22.

The outdoor mall in which the venue is located, the Hollywood & Highland, is currently closed and investigations continue.

Nuria Vanegas, LAPD officer, revealed that Oscar bomb scare had no connection to the upcoming Academy Awards and that the man spontaneously told the police, while they were investigating him, that there may be some explosives in his Jetta.

This year’s Academy Awards will begin at 5:30 p.m. PST (8:30 p.m. EST/01:30 UTC) and will be hosted by How I Met Your Mother star, Neil Patrick Harris. At the time of the incident, Harris and Lady Gaga were rehearsing inside the Dolby Theatre.