You are here: Home / National News / Obama Tackles the Subject of Muslim Terrorism 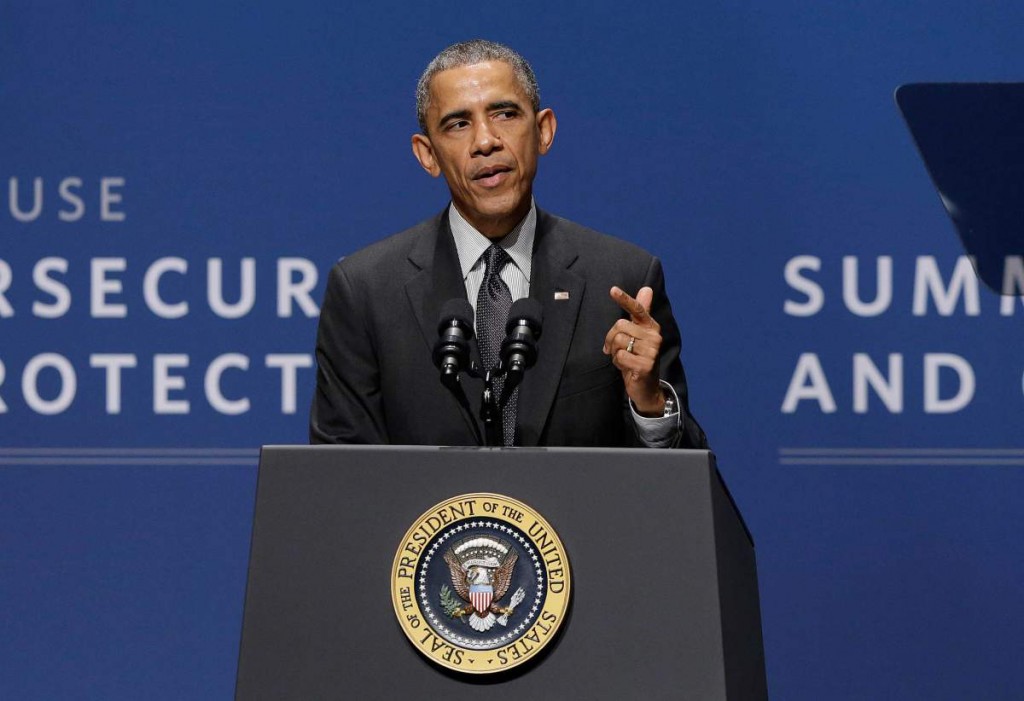 President Obama was invited to speak at the White House Summit on Countering Violent Extremism, giving the keynote speech against violent ideologies creeping in the United States. He argued that America has to cut the disease from its roots, which means opposing the recruiting efforts of the Al-Qaeda and ISIS here at home.

The president’s main concern was the delicate balance between addressing the problem of extremism among rebellious youths, and the importance of reassuring the Muslim American communities that they can still be safe on American soil. Reporters have questioned the White House about their reluctance of using “radical Islam” for describing the aim of the American counterterrorism operations. In his response Obama stressed that there is not only one profile for the violent terrorist and that these crisis situations are not unique to just one group of geographical location.

The summit’s focus was finding preventive solutions for dealing with the urgent threat coming from violent groups like ISIS or Al-Qaeda. The president is set on stopping the propaganda and the recruiting of these groups on American soil, preventing other rebellious young people from joining their military ranks.

The conference brought together some of the most involved institutions and personalities, community leaders, philanthropists, law enforcement officials and representatives from the private sector at the White House. The week’s spotlight was shone on the possibility of launching three pilot programs designed for diverting radical actions among Muslim young population. Each of the programs would have a starting point, in Los Angeles, Boston, and the twin cities of St. Paul and Minneapolis, which would serve as national models.

During his speech, President Obama emphasized the fact that the United States are not declaring war against Islam, but against radicals and extremists who have corrupted the religion. Before introducing Obama’s address, Lisa Monaco, one of the president’s counselors for homeland security and counterterrorism, launched a challenge that every community faces: finding ways to prevent the embrace of hateful ideologies, stopping them before they turn into violent people. She said that the summit’s main focus is to find those solutions, and then develop active plans that help us move forwards as a nation.

Salam Al-Marayati, head of the Muslim Public Affairs Council, stated in an interview that the leaders of Los Angeles are engaged in a prevention strategy, trying to persuade youths from becoming rebellious before calling the help of law enforcement as the ultimate solution. The civic leaders’ goal is to advance the moderate Muslim profile in an attempt to counter the poisonous message sent by the Islamic terrorist groups. Al-Marayati said that Islam needs to be given back to the good-natured Muslims, and that extremism and religious exploitation needs to be exposed if progress is to follow.

Obama stressed on numerous occasions the need for honesty as far as extremists and the Muslim community is concerned, mentioning that many Muslim Americans are tired of hearing federal officials addressing the problem of terrorism. He insisted that the communities should also be engaged through other channels, rather than sending in law enforcement for surveillance.

The president presented a wide-ranged approach in response to the attraction of terrorist groups, beyond underlining the perspective of the moderate Muslim. He suggested finding solutions for the issues raised by the rebellious youths, be they economic or political, and also equipping the local communities with enough resources so that they can rival with the engaging social media campaigns supported by the ISIS and al-Qaeda.

The summit week is accompanied by several online initiatives, with the purpose of pushing back the Islamic State’s recruitment campaigns and propaganda. One of those programs consists of a digital communications hub established between the United States and the United Arab Emirates. The State Department is launching it shaped as a “peer-to-peer challenge”, where students from all over the world can create original digital content in response to the extremist messages in the online world. Another initiative has been proposed by the United States, consisting of “technology camps” held by several social media firms, in order to underline the many alternatives to radicalism and terrorist affiliations.

The current administration also founded the first full-time coordinator at the Department of Homeland Security for opposing extremism in the United States and delegated a special representative for the fluidization of strategic counterterrorism communications with the State Department.

In the midst of a country waging its fight against terrorism, Obama concluded that the American people should not forget that the Muslim community is still welcomed to be an integral part of the US society. Innocent followers of Islam need someone to discredit violent ideologies, making sure that the few do not usurp the right of the many. They need a lot of support in the upcoming conflict against Muslim terrorism, and a voice that speaks up for their equality.