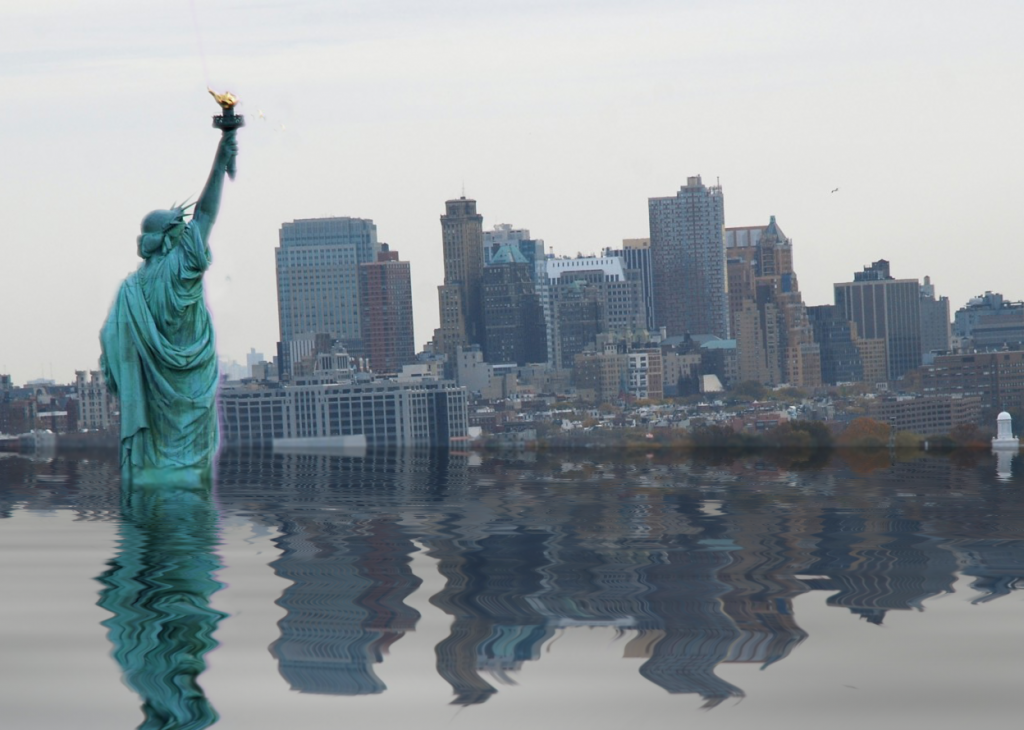 The New York City Panel on Climate Change, an independent panel of experts funded by the Rockefeller Foundation, recently released a report on the impact of climate change and constant sea level rising on the city of New York.

According to the findings, New Yorkers may experience a tripling in heat waves during summer, abundant rainfall, and up to 6-foot sea level rise by the end of the century.

The panel, which consists in climate change researchers and risk-management experts, started its activity during mayor Bloomberg’s years of service as an advisory entity that would forecast climate change and propose the most viable solutions.

According to the panel’s report, the current sea level may rise four to eight inches over the next decade with a steady growth up to 72 inches by 2100 if climate change won’t be properly tackled. Additionally, NYC may face a rise in average temperatures that will result in weather conditions similar to those in cities like Norfolk, Va., experts claim.

Temperatures are also set to rise, while their increase rate accelerates. The report shows that average temperatures will rise in NYC by 4.1-5.7 degrees Fahrenheit by 2050, while by 2080 New York’s average annual temperatures will be hotter by 5.3-8.8 degrees. Experts also forecast a tripling in heat wave frequency by the 2080s, so hotter summers are expected.

Scientists explained that the temperatures now rise at a faster pace due to global warming. For instance, average annual temperatures in NYC area have only increased by 3.4 degrees F since the beginning of the last century.

The report also “blesses” us with more “good” news – NYC may face excessive rainfall and an uptick in extreme weather events. In 2014, mayor de Blasio announced an ambitious goal to reduce carbon emissions in the city 80 percent by 2050 mainly by enhancing the buildings’ energy efficiency in an attempt to tackle the consequences of climate change on the urban landscape.

In NYC, unlike in other cities, 70 percent of carbon dioxide emissions are the result of buildings rather than exhaust gases.

The Urban Green Council, a non-profit organization which advocates for the sustainability of urban building in New York City, announced that the building sector is already working on reducing the carbon footprint by 10 percent in the next decade.

What Denmark is to windmills, New York could be to retrofit,”

The panel also recommends that NYC get prepared to take additional measures in preserving the city’s coastal areas in Staten Island, Brooklyn and Queens since a few bags of sand may not suffice.