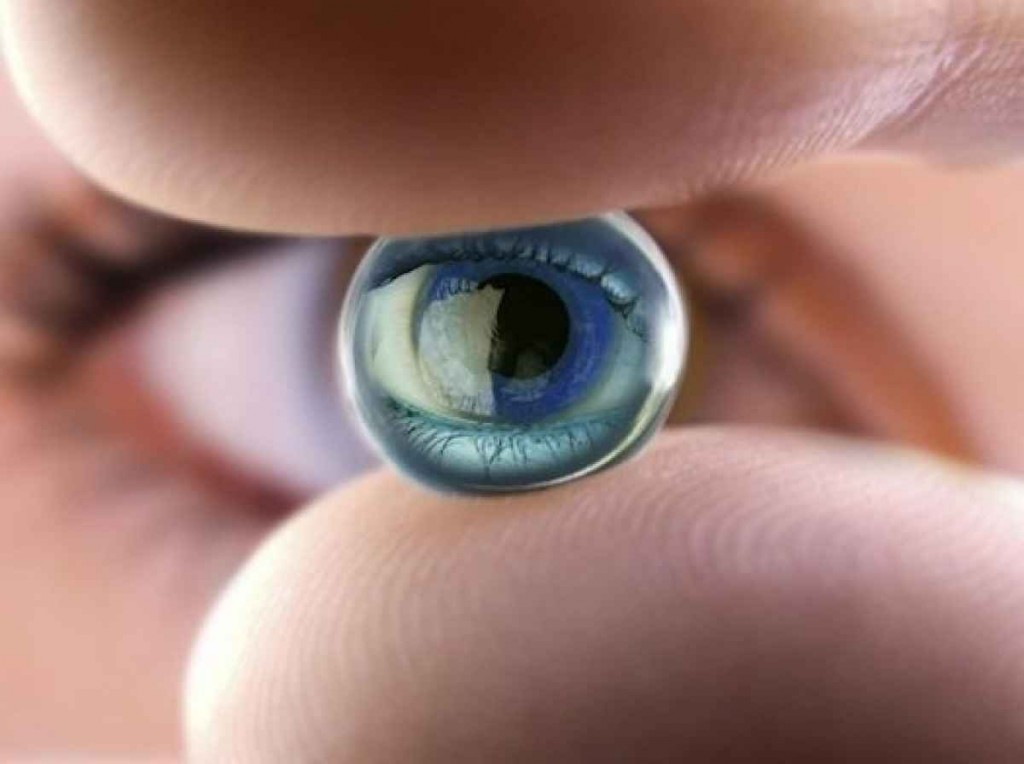 Medical and technology experts have come together and produced an innovative form of telescopic contact lenses, which will be able to restore loss of eyesight to a lot of people who suffer from one of the most common eye conditions.

The new contact lenses will feature an in-built telescope, and it could help the 500,000 British patients who suffer of age-related macular degeneration (AMD), improving their peripheral vision by three times. Swiss scientists stated that the new technology might be available in two years, making it a safer and cheaper option than surgery.

The lenses function in combination with glasses, and they have a very clever way of being activated: by winking. The wearer wink with their right eye for triggering the lens’ zoom in, and use their left eye for turning the telescope off.

This innovation is rather important, as AMD is the condition that claims the biggest number of British people losing their eyesight, causing them to be deprived of seeing in the center of their field of vision. AMD’s effects are difficulty in reading and recognizing human faces. Consequently, people with AMD need to train their peripheral vision instead, an ability which gets a whole lot easier when they are wearing these contact lenses.

Dr. Eric Tremblay, one of the designers from the Swiss Federal Institute of Technology, stated that the magnifying contacts would enable people who experience sight loss to put less strain on their eyes when reading, and make it easier to see faces. During his presentation of a functioning prototype in California, at an annual science conference, Dr. Tremblay explained that the contact lens has a very fine telescope build into it, allowing the user access to magnified vision. Basically, the telescope takes the object and makes it bigger in the eyes of the wearer.

The most convincing reason why this innovation is desirable is that is helps people who experience severe visual problems, like macular degeneration, or any other eye-illnesses where people have serious vision loss. Many times, the sight is corrected with the help of magnification, and what is usually worn on the head, in front of the eyes, are telescopes which, unfortunately, do not fix for everything.

The new lenses, however, have central built-in telescopes, which adjust the same way as binoculars do. In order for the lenses to activate, users must also wear specially adapted glasses which are programmed to recognize winks, but also to ignore blinks. Otherwise, the whole idea would be very faulty. The contact lenses have two slots, one for magnifying and one that is normal.

What happens is that when the wearer winks with their right eye, the glasses alter the polarization of the light, so the contact lens gets light in the right angle, triggering the zooming effect. On the other hand, the left eye wink will just turn off the telescope. Dr. Tremblay explains that these effects happen instantly; as soon as you wink, the image you see changes. The lens rests on the white in your eye, covering it quite thickly.

Glasses have already hit the market and are available from AMD patients, using mounted telescopes. However, they have a rather bulky look and they present an unpleasant obstacle during social interactions. They are not yet perfected to follow head movements, so the user must focus their eyes and tilt the head in order for the lenses to work.

However, the alternate option, which is surgery, costs around £6,000, and the procedure consists of a tiny telescope being surgically inserted into the eye. From the financial point of view, the new contact lenses will be a lot more accessible. The innovation helps with the simplest tasks, such as reading instructions on medication or driving.

Clara Eaglen, eye health campaign manager at the Royal National Institute of Blind People, said that these contact lenses are extremely desirable as they target the restoration of a person’s existing vision. Maximizing functioning vision is a great strategy, helping patients who have lost their sight to regain some much needed independence. This could mean anything from not having to give up driving, or remaining employed at their jobs, to reading and being able to take care of their own cooking in a safe way. Even though there is still a long way until this research is perfected, watching the progress is exciting.

Cathy Yelf, CEO of the Macular Society, feels strongly for the zooming contact lens, which give such tremendous help to people suffering from macular degeneration. Considering the ageing population, it is crucial to invest in new treatments and relevant research, which will eventually be able to relive the pressing issue of the 500,000 people from the UK who suffer from this form of sight loss.

This breaking innovation was introduced to the public at the annual conference of the American Association for the Advancement of Science, in San Jose, California.