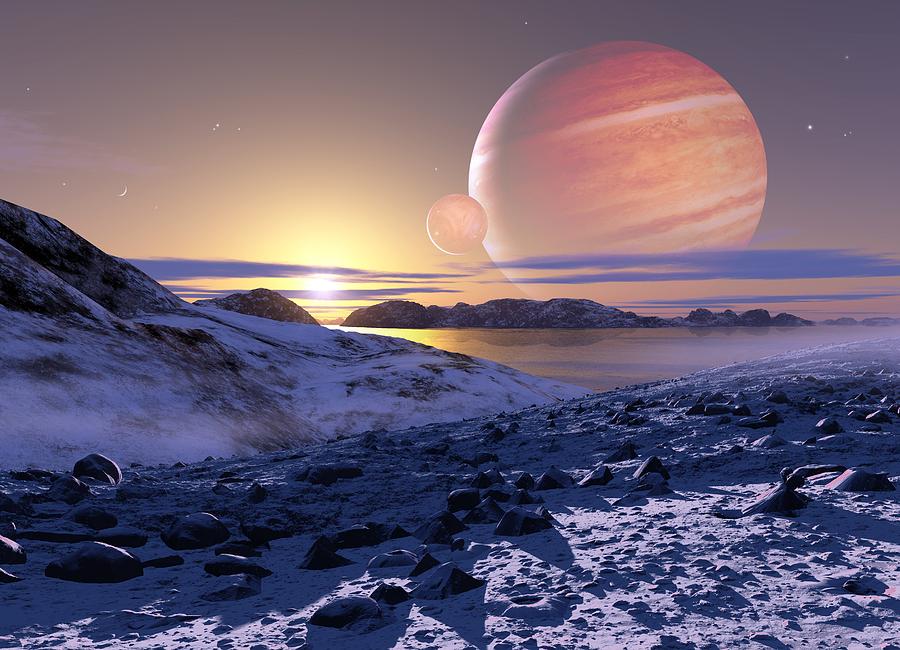 During the “State of NASA” speech held by administrator Chris Bolden, a new project was unveiled: it seems that NASA is preparing its first ever Europa mission. In the very near future, NASA will select projects to accompany a probe to Jupiter’s moon, Europa.

After a boosted budget request for 2016, NASA’s CFO David Radzanowski has announced that the American Space agency will request $30 million in order to finance its preliminary studies for the Europa mission they are planning. These $30 million are in addition to the $100 million that NASA already received last year.

Europa is truly one of the most fascinating of destinations. Located 390 million miles away from Earth, Jupiter’s moon is an icy universe believed to harbor massive oceans underneath its frozen surface. According to scientists’ estimates, Europa might have as much as two or even three times more liquid water than Earth.

NASA has been working on mission concepts for some time, however, Robert Pappalardo, one of the senior research scientists, explains that these concepts have either been too small or too expensive. After 15 years of concept exploration, NASA seems to have come across the one that is “just right”, he added.

“We call this concept the Europa Clipper,”

Pappalardo mentioned, not before explaining what the Europa Clipper actually is. The concept has been under the lens for quite some time. It involves a spacecraft designed to orbit Jupiter and undergo several fly-by’s of Europa over approximately three years. During its primary mission, Pappalardo explained, the spacecraft would fly over Jupiter’s moon some 45 times.

NASA already has experience with such projects. Saturn is currently being orbited by the Cassini spacecraft, which has also conducted several flybys of Titan, Saturn’s moon, and has collected enough data to construct a map of the moon’s surface. Additionally, it has also collected data about Titan’s unique atmosphere. Consequently, the Europa Clipper could represent a similar mission focused on analyzing the habitable potential of the icy mystery world that is Europa.

With a diameter of 1,900 miles, Europa is only a bit smaller than our own moon. And similar to how our moon tugs the water in our oceans, Jupiter’s massive gravitational tug causes tidal forces across Europa’s entire surface. This stretching causes cracks in the moon’s surface. But this is not the most important effect of Jupiter’s presence. Because Europa is orbiting this gas giant, the constant tug and pull generates friction. All this tidal energy causes heat to be released, and as we all know, heat helps maintain water in liquid form: that’s precisely why underneath Europa’s exquisitely beautiful icy shell, a liquid water ocean is to be found.

These liquid oceans are possibly hospitable, scientists say, especially since Europa has comparable gravity to that of our own moon, causing ocean pressures to be just right for possible biological evolution.

NASA is thrilled with Europa’s potential of harboring life. Not only does it have liquid water, it also has a heat source and possibly, nutrient cycling. However, the Europa Clipper has not been designed as a mission focused on hunting down evidence of life on Jupiter’s moon.

“The way we framed the Europa mission science objectives is not to specifically look for life,”

The mission, Hand explains, is meant to understand whether Europa could be habitable and whether it presents the ingredients required for life to emerge. Surface missions would be required if the US space agency were to search for life, and such a technological feat is currently not possible.

The Europa Clipper will be investigating the famous reddish cracks across the moon’s surface. Scientists are interested in the composition of these cracks (and whether they contain organic compounds). Additionally, the spacecraft is also expected to fly closer to Europa in hopes of finding one of the water-rich geysers recently photographed by the Hubble Space Telescope.

Radiation is one of the Clipper’s main threats. In order for the spacecraft to efficiently explore Jupiter’s moon, it would require state-of-the-art radiation shielding to protect its electronic devices. Sara Susca, the Europa Clipper payload systems engineer, explains that a jungle of radiation lies around Jupiter. The gas giant’s magnetic field can be seen as a massive particle accelerator.

But such intense shielding will make the spacecraft quite big in the end, Susca noted, with a main body of approximately 18 feet.

What remains is for NASA to develop a rocket powerful enough to ensure the Clipper’s arrival to Jupiter in less than three years, Pappalardo says.