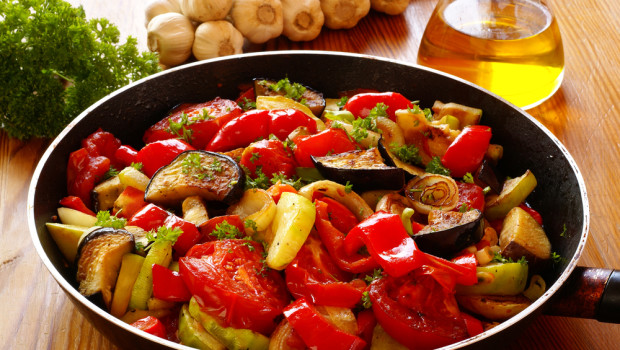 Most of us have been on the search for a balanced yet sustainable diet, to which one could easily adhere to. Yet some diets have added benefits apart from actually shedding the pounds. A recent study observed a lower stroke risk associated with the Mediterranean diet.

Researchers involved in the California Teachers Study, a prospective study, noticed that, when closely adhering to a diet rich in vegetables and fruit, whole grains as well as healthy fats while avoiding meat, sugar, processed foods and dairy, the risk of ischemic stroke in women significantly decreased. The women included in the study had an 18 percent smaller risk of suffering an ischemic stroke when adhering to the diet, as opposed to those who did not.

What is the Mediterranean Diet?

Ayesha Sherzai, Columbia University stroke neurologist, together with her colleagues, found that, when the women included in the study followed the diet more closely, their risk of suffering ischemic strokes significantly decreased. The team even adjusted the results in order to eliminate other ischemic stroke risk factors and confounders (as such, they adjusted for smoking status, physical activity, menopausal status, body mass intake, as well as cardiovascular risk factors).

The study included a number of 135,500 Californian teachers with an average age of 52. Of the 135,500 participants, approximately 90 percent were Caucasian. According to the adherence level to the aforementioned diet, the study’s participants were divided into five distinct study groups.

When starting the study, the participants filled in questionnaires addressing their baseline lifestyle habits, including diets. In accordance to this analysis, the team of researchers came up with a 9-point scoring system. Sherzai and her colleagues wanted to address one of the risk factors associated with ischemic stroke that potential patients can control. The disease is one of the biggest health burdens across the world and treatments are sadly not as extensive as physicians would want them to be, Sherzai added.

“The question was, ‘In a U.S. population of women, what is the association between adhering to the Mediterranean diet and stroke risk, specifically stroke subtypes?”

What the research team concluded was that, in the case of the participants, the higher they scored on the Mediterranean diet system, the lower their stroke risk was. This worked as a confirmation for previous studies on the matter, which couldn’t differentiate between the two distinct types of stroke: ischemic and hemorrhagic.

Added Benefits of the Mediterranean Diet

Although the ischemic stroke risk decrease is in itself an excellent benefit, the diet comes with added bonuses. Those closely adhering to this diet plan also showed lower risks of developing heart disease, mental decline and ultimately death.

Sadly, statistics suggest that only one percent of American adults aged 50 and over have ideal diets, and diet is essential in the etiology of almost every disease. Particular types of fat are damaging, especially saturated fats. However, the Mediterranean diet provides you with the ideal sources of MUFA’s (monounsaturated fatty acids), in the form of olives, avocados, cold-pressed oils and seeds.

This study made a significant contribution to what scientists know about ischemic stroke risk: it seems that, by identifying the components of the Mediterranean diet (components which actually work towards lowering this risk), people don’t actually need to strictly follow such a diet. According to Sherzai, simply making small modifications to your day-to-day routines, such as adding more plant-based foods and replacing saturated fats and meat with their healthier options can go a long way.

The research team’s findings were presented during the International Stroke Conference.