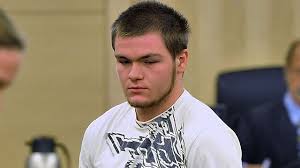 Facebook has a plethora of applications and while some may be entertaining and sweet, there is a remarkably dark side to the social media network that can’t be overlooked. A 21-year-old Maine resident is preparing to undergo trial after the Facebook-initiated teen kidnapping that resulted in the death of a teenage girl.

The man attempted to make everything look as if he had attempted to rescue the victim from a kidnapping. The trial is set to commence on Monday and should last approximately two weeks. According to Ann Murray, Superior Court Justice, defense attorneys are prohibited from providing alternative suspects in the case.

Dube, the suspect in question, allegedly used a fake Facebook account in order to lure a 15-year-old teenage girl, Nichole Cable. The 21-year-old killed the teenager in May 2013, however, he pleaded innocent to all charges.

Defense attorneys had wanted to name the suspect’s girlfriend as an alternative suspect, however, according to Murray, the woman lacks motive and authorities couldn’t establish any reasonable connection between her and the murder.
Image Source: ABCNews