You are here: Home / National News / Killer Shrimp Could Overtake the Great Lakes in 50 Years 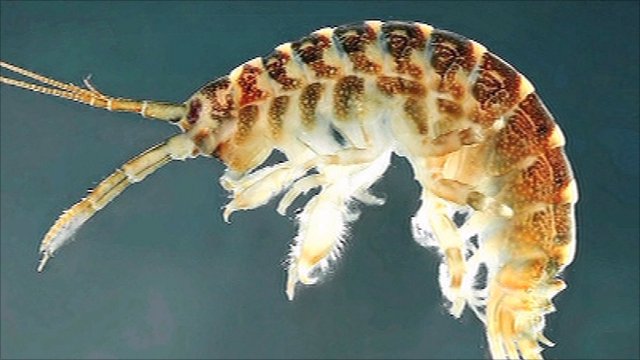 Dikerogammarus villosus is the scientific name of the killer shrimp. What makes these creatures highly dangerous to other species are its large mandibles and an aggressive behavior, in spite of its small body (the killer shrimp measures a measly one inch).

The killer shrimp is already posing a massive problem in the waters of Western Europe. Scientists from the McGill University have concluded that the killer shrimp could overtake the Great Lakes and that it could be a major issue for the lakes before the year 2063.

The researchers said that in 50 years the Great Lakes are going to be populated with a plethora of new invaders, most of which will have come from the inland waterways of the Black Sea, where Asia and Europe meet.

The lake is already housing some highly disruptive invaders such as the zebra mussels. Scientists revealed that the fate of the Great Lakes will largely depend on the rules that are being given to protect the Great Lakes of North America.

The lead researcher of the study, Katie Pagnucco, said that thanks to the new regulations, no new species have been recorded since 2006.

The State’s Department of Natural Resources (DNR) has taken a decision that hopefully will protect the lakes: it has put the killer shrimp on its prohibited species list. Nick Popoff, DNR spokesman, talked about the killer shrimp and how they tear apart prey with their big mouths and claws.

The scientists proposed that other states try to levy a ban on the live trade of killer shrimp in case ballast water regulations prove to be ineffective.