You are here: Home / Technology / The Japanese Plan to Open First Hotel to be Fully Staffed by Androids 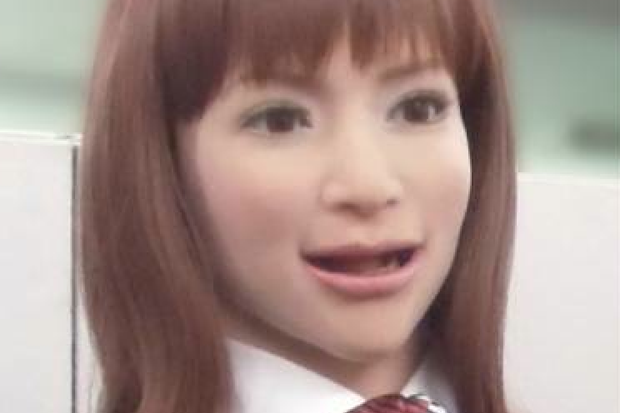 The Japanese plan to open up the first high tech hotel fully staffed by androids, or human-like robots. Developers said that the hotel will employ three robots as receptionists, four androids as service and porters, and many more involved in cleaning and other subsidiary tasks.

The hotel will also be equipped with high-tech devices such as intelligent heating systems and facial-recognition technologies.

The developer of the project is Huis Ten Bosch, a Japanese theme park located in the country’s Nagasaki Prefecture, which was designed to be an accurate replica of the Netherlands. Huis Ten Bosch announced that the hotel would get called Henn-na Hotel, which means “The Strange Hotel.”

The new hotel will have two floors and will be officially open on July 17, 2015 with only 72 rooms, for starters. After one year, the hotel will enter a second phase with an additional 72 rooms, the park’s spokespersons reported.

The three androids that would act as receptionists, nicknamed “actroids,” will be able to carry on an intelligent conversation with human guests and complete all the tasks required from a receptionist.

The motto of the hotel will be “A commitment for evolution” since the hotel is expected to be the cheapest and most high-tech hotel there is.

We’ll make the most efficient hotel in the world,”

The company says that the high tech features and the robots will keep costs to a minimum, which will result in lower prices for customers. But Mr. Sawada’s goal will be accomplished when robots would be running 90 percent of the building, reported the company

In the future, we’re hoping to build 1,000 similar hotels around the world,”

Mr. Sawada, stated during a press conference held in Japan.

The company also hopes that the new hotel will be the most high-tech hotel in the world. The guestroom doors will be equipped with panels that use facial recognition technology to allow guests or staff to enter.

Guests will be able to request items or services through a tablet, while amenities in the room will be severely limited. Japanese designers plan to sacrifice esthetics for the sake of improved utility.

As a cutting costs move, the guestrooms will be heated by high-tech radiation panels that can detect the body heat of each guest and adjust the room temperature accordingly. Additionally, the hotel will save energy by using solar panels and other energy-saving features.

And according to the company, room rates will be settled on demand via a bidding system that will have a price cap on bidding.