You are here: Home / Technology / IPhone 6 and Samsung Galaxy S5 May Have Put Tablets Out of Business 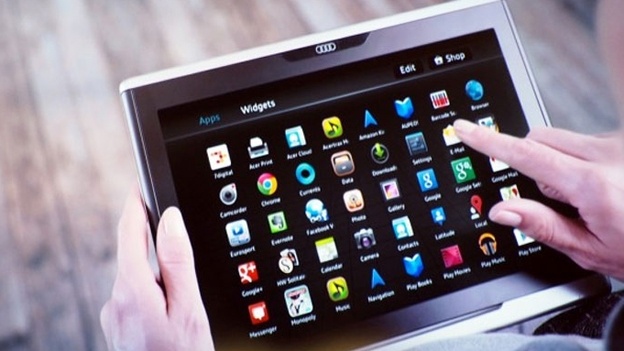 A recent report from the market researcher IDC shows that tablet sales had their first year-over-year decline during this Christmas season. Analysts believe that consumers are ditching tablets because IPhone 6 and Samsung Galaxy S5 are more convenient and can successfully replace tablets.

The report also showed that all tablet makers were affected by the lack of sales during the busiest season of the year. Apple experienced a declining interest in its iPad and iPad Mini, along with Samsung, Amazon and others.

In 2014, all makers saw only a 4.4 percent growth in their tablets’ shipments, while during the winter season tablet sales rose just over 3 percent, according to the IDC report. In comparison, in 2013, tablet sales saw a 28 percent annual boost and a year-over-year growth.

Experts explained that Samsung Galaxy S5 and the iPhone 6 may have put tablets out of business with their larger displays, single-handed control and the ability to text or make a call.

Experts also blame tablet makers for not putting enough innovation into their devices to prevent consumers lose interest in their products.

The report revealed that nearly all tablet makers except low-priced Lenovo experienced a year-over-year decline in sales over the Christmas season, which is the most crucial shopping season of the year for all gadget makers.

On the other hand, the makers of smaller devices recorded a 31 percent boost in sales and captured nearly 45 percent of the total market share in 2014.

Tech analysts said that the tablet business with its 4 percent growth was not a healthy business. However, the drop in tablet sales was a surprised even to analysts because the device seemed very promising in 2013. Two years ago, tablet market grew to 50 percent in only one year.

But the situation is not as grim for Apple as it is for Samsung and other competitors. Apple somehow compensated decline in its tablet sales with a boost in smartphone shipments. In 2014, iPad sales represented only 12 percent of the company’s total revenues, iPhones brought in nearly 69 percent.

Additionally, Apple had a big boost from iPhone sales in China, which raised its overall sales to 30 percent, while Samsung’s overall sales dropped from a year earlier.