You are here: Home / Business / The Hyperloop Transport System is Ready to Climb the Pedestal of Innovations 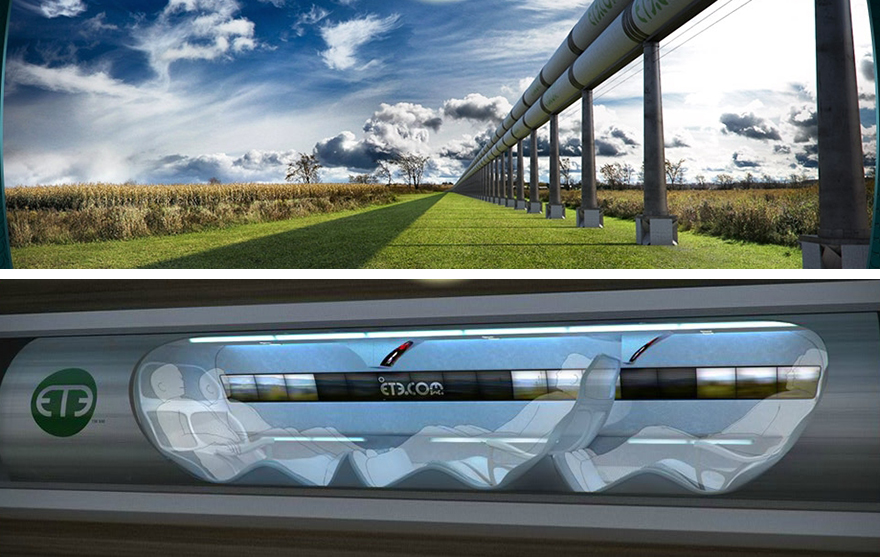 New transportation technologies are in store for passionate Americans: the Hyperloop transport system might be up and operational in 2019 as competition heats up between companies wishing to complete the project. This particular system is actually a tube hurling a passenger capsule that travels with the incredible speed of 1000 km/h. In fact, scientists describe it as being a high-speed transportation system:

“incorporating reduced-pressure tubes in which pressurized capsules ride on a cushion of air driven by a combination of linear induction motors and air compressors”.

The agreement that has been signed by Hyperloop Transportation Technologies has created a bond between this company and a firm located in central California in order to create a five-mile-long test line specially designed for Hyperloop along Interstate 5. The construction of the test line is approximated to being in 2016, the two companies believe. Hyperloop Transportation and the developers of Quad Valley want to finish the project in 2019 and are ready to invest the incredible sum of $100 million in order to get it done on time.

Dirk Ahlborn, CEO of the JumpStartFund that established Hyperloop Transportation Technologies in 2014 affirmed that this is a big step. He states that this is the perfect time to transform the Hyperloop concept design into reality and build the first functional track. Mr. Ahlborn has made precious information available about the project and what the evolution of the track will look like. The company’s actions were described as a phased process. However, Dirk Ahlborn believes that humanity is 10 years away from seeing the first commercially operating Hyperloop, unfortunately. Even if all the feasibility studies have been made, engineers have still a long time to go before putting everything together.

Tesla Motors and Space Exploration Technologies founder Elon Musk have presented the Hyperloop project in 2013 and the media had a particularly positive reaction to it, making the creators even more motivated and dedicated to the program. Even if Musk had initially affirmed that he didn’t plan to build a Hyperloop test track in Texas, last year he changed his mind and stated that he would actually do so.

Hyperloop Technologies of Los Angeles, which is a different firm, wants to invest $8.5 million in order to develop a Hyperloop route between San Francisco and Las Vegas. The estimated time of the journey is expected to be of 35 minutes, taking into consideration the high speed that the Hyperloop will be capable of reaching.
Image Source: Core