You are here: Home / Health / Hot Flashes: Why Do They Last for so Long? 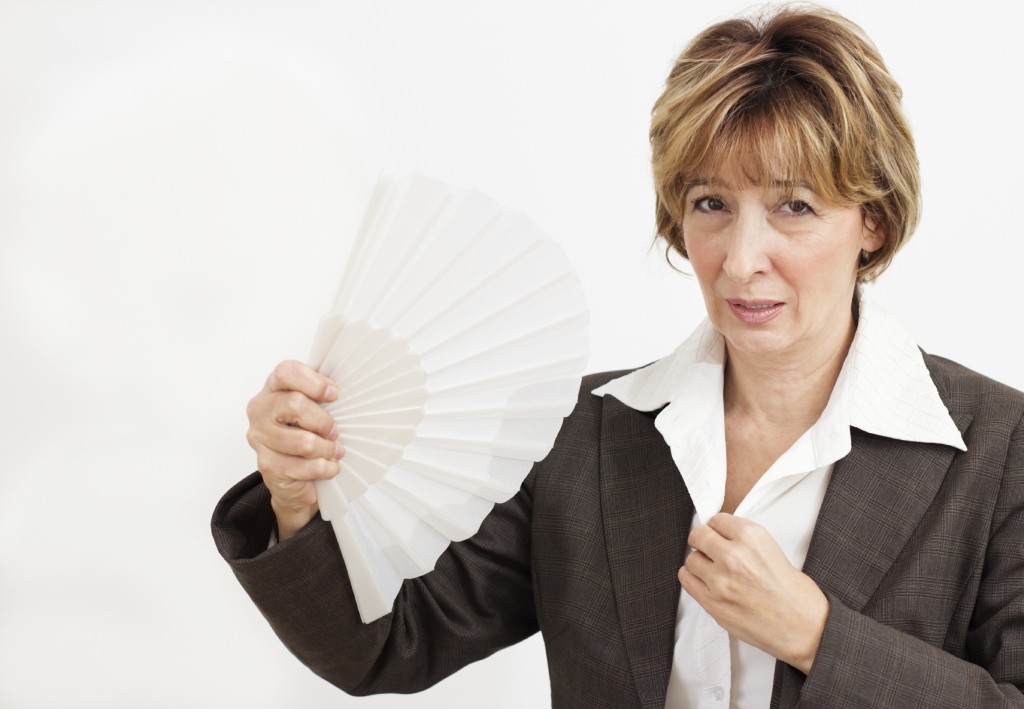 On Monday, a recent study was published in the JAMA Internal Medicine, debunking the conventional wisdom which said that hot flashes usually persist only up to 7 years. Hot flashes torment up to 80 percent of women, and experts say that the earlier they begin, the longer a woman will likely suffer from them. The new study states that they might afflict as long as 14 years.

In the largest study of this kind, almost 1,500 women who experienced hot flashes and night sweats took part, forming an ethnically and geographically diverse group. The average time women suffered from these symptoms was 7.4 years. Consequently, half of the women suffered less than that time, whereas the other half presented symptoms for a lot longer – some even for 14 years, as researchers found.

Dr. C. Neill Epperson, head of the Center for Women’s Behavioral Wellness from the University of Pennsylvania, who was not part of the researchers, stated that he was quite surprised about this new information, that earlier symptoms are unfavorable for the health after menopause.

And there were many women participating in the study who fell in that category. Only one in five volunteers started having hot flashes after menopause; one in eight while still having regular periods; and two out of three during their perimenopause, a time when periods still come and go irregularly, but have not completely disappeared.

The results showed that these two categories of women – those who started having hot flashes while still having regular periods and those who were in perimenopause – suffered from the symptoms for an average of 11.8 years. The study’s first author, Nancy Avis, a professor of social sciences and health policy at Wake Forest Baptist Medical Center, explains that if the symptoms don’t start showing before you enter menopause, you are among the lucky ones, because you’ll most likely experience them for a shorter period.

Hot flashes, which come and go irregularly many times a day and night, are very unpleasant, making the body produce more sweat and flushing the face. They have been linked to increased risk of cardiovascular problems. Researchers observed the same symptoms in all of the women who took part in the study: night sweats and/or hot flashes at least 6 days in the last two weeks. The women came from seven American cities and their symptoms were followed from 1996 to 2013.

Although it was not the first study to observe how long these symptoms can last and why, the new research received a very good response from experts because it managed to include a very diverse group of women. African-Americans from Boston, Pittsburgh, Ypsilanti, Chicago and Michigan covered one-third of the participants. Others included women of Japanese descent from LA; women of Chinese descent from Oakland, California; and Hispanic women from Newark — approximately 100 in each ethnic group.

Researchers discovered different times for symptoms endurance between the groups. The longest times were reported in the case of African-American women, with symptoms lasting for an average of 10.1 years – which was twice the median duration of Asian women’s afflictions. The next average was 8.9 years for Hispanics, followed by 6.5 years for non-Hispanic white women.

Dr. Avis stated that researchers could not determine the reasons for such significant ethnic differences. They might be cause by diet, number of children, reproductive factors or just pure genetics. The study also found a link between longer-lasting symptoms and stress, depression and anxiety. Hot flashes are not necessarily caused by depression, but it was taken under consideration, since both illnesses are brain-related, and depression was common in the same groups. The cause-and-effect relationship could not be established between hot flashes and emotional issues.

Dr. JoAnn E. Manson, head of preventive medicine at the Brigham and Women’s Hospital wrote a commentary of the study, explaining how the situation can go both ways. On one hand, stressed women could be perceiving their symptoms as more troublesome. On the other, bothersome night sweats which interrupt sleep cycles can also be a source of stress. The new study is useful in that women and doctors can try new strategies in approaching these symptoms, now that we know that they last longer than previously thought.

One of the solutions is hormone therapy, but it has been linked to increased risk of heart disease and breast cancer for some women. Therefore, doctors suggest non-hormonal therapies, which are also effective, without adding the health risk. In this regard, Dr. Manson, former president of the North American Menopause Society, has helped in the developing of MenoPro, a free app which assists women with different solutions, like lowering the thermostat and cutting back on alcohol, caffeine, and spicy foods.