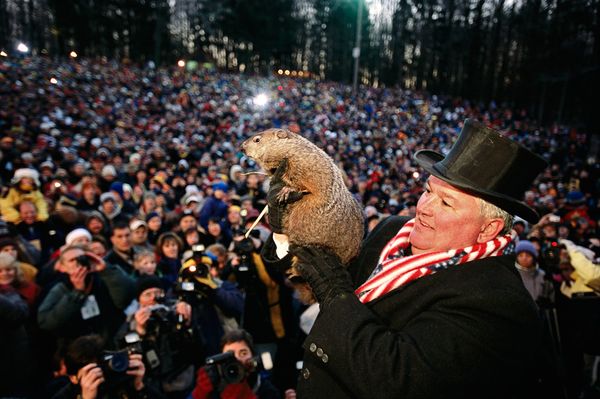 February 2nd marks a particularly important day for Punxsutawney residents: it’s the day where everyone gathers at Gobbler’s Knob awaiting the world-famous groundhog’s predictions. Punxsutawney Phil predicted that six weeks of winter would follow, and although Phil is more often wrong than right, he has truly taken the throne of the US’s most trusted rodent.

Then again, most meteorologists produce roughly as many accurate weather reports as Punxsutawney Phil, so this begs the question: could rodent Phil’s magical punch be causing fairly accurate predictions? It’s true that those who choose to trust in Phil’s more or less accurate predictions should really learn how to check real-life weather reports, but could this proud American tradition have some merit?

Obviously, Phil lacks a formal meteorological education and his method is surely not peer-reviewed, so the National Climatic Data Center analyzed the famous groundhog’s predictions since 1988. And the figures are surely not in Phil’s favor: with 15 missed predictions and 12 correct predictions, few Americans would pay for Phil if he were a weather predicting device.

But how exactly does Phil make his predictions? Upon emerging from his tree-trunk home, Phil searches for his shadow. Should he find a shadow, the US should expect six more weeks of winter. Should Phil not find his shadow, warmer temperatures are in store.

In the groundhog’s history from 1887 to 2014, there are 101 records of Phil finding his shadow and 17 years when he didn’t. There are 9 years where Phil’s predictions weren’t recorded.

The almost mythical groundhog isn’t only immortal, it seems, but has also remained virtually the same despite wars, famines and the worst weather imaginable for over 129 years. The Inner Circle isn’t allowed to divulge the ingredients of the groundhog’s magical punch, which grants him strength and allows his predictions.

Regardless of anything taking place behind the curtains, Phil made his prediction with Swiss punctuality: at 7:25 AM, while those attending were chanting “six more weeks, six more weeks”.

There are, of course, rivals even for the most trusted of American rodents. General Beau Lee, Georgia’s weather predicting critter, who, unlike Phil, foresaw much warmer weather. Other prognosticating groundhogs include Wiarton Willie, the Canadian groundhog, Alberta’s Balzac Billy, Ohio’s Buckeye Chuck and Staten Island’s Chuck.