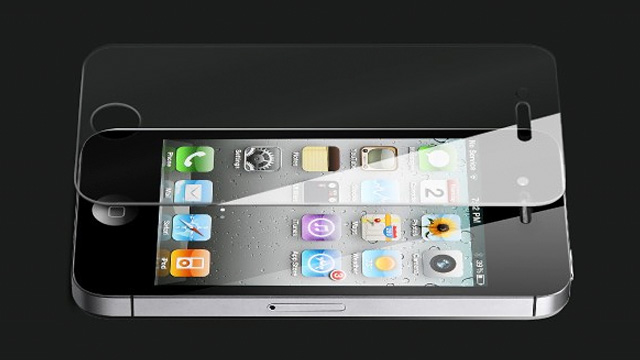 On Friday, during a NY investor meeting, Corning’s CEO introduced to the public Project Phire – a scratch-free, damage resistant composite that would be used in the next generation of iPhones and Samsung gadgets.

Corning is the company that provided Apple and Samsung with an impact-resistant material dubbed Gorilla Glass for the displays of their iPhones, respectively Galaxy smartphones. The new material will mix the Gorilla Glass technology, which increases the resistance to shocks when the phones get dropped, with a sapphire-like technology, which is currently the most scratch resistant material on the market.

Corning also announced that the material will be available for sale later this year.

We told you last year that sapphire was great for scratch performance but didn’t fare well when dropped. So, we created a product that offers the same superior damage resistance and drop performance of Gorilla Glass 4 with scratch resistance that approaches sapphire,”

Mr. Chappin’s company gets its revenue mainly from manufacturing TV displays and fiber-optics. However, the Gorilla Glass is a very promising technology for the company. It is currently used as a hardened glass in nearly 3 billion mobile devices, including iPhone 6, Samsung Galaxy Note 4, and Galaxy Note Edge.

However, Corning was concerned last year that it would lose its favorite client Apple, which planned to introduce scratch-resistant sapphire technology into their smartphone displays. So, the company was under a lot of pressure to innovate and release a new product that would be both scratch-free and impact-resistant.

In the end, Apple’s synthetic sapphire supplier filed for bankruptcy protection and the deal was dropped. Meanwhile, Corning secretly worked on improving its Gorilla Glass technology, which is almost unbreakable but it scratches easily. The new display cover is both scratch-resistant and damage-resistant.

The company also hopes that Project Phire will allow it expand on the smartwatch market, where Gorilla glass is already used by Motorola and Samsung devices. Sapphire is already in the smartwatch business due to its scratch-proof feature. Additionally, Apple too plans to employ sapphire in the new versions of Apple Watch, which will be launched this spring.

But sapphire has a drawback – it shatters really easily when the device gets dropped. Despite this, a lot of high-end products use sapphire technology including Kyocera Brigadier and the handmade Vertu’s Signature Touch, which starts at $8,848.

On Friday, Corning also detailed Iris Glass technology, which would allow TVs to be as thin as smartphones.