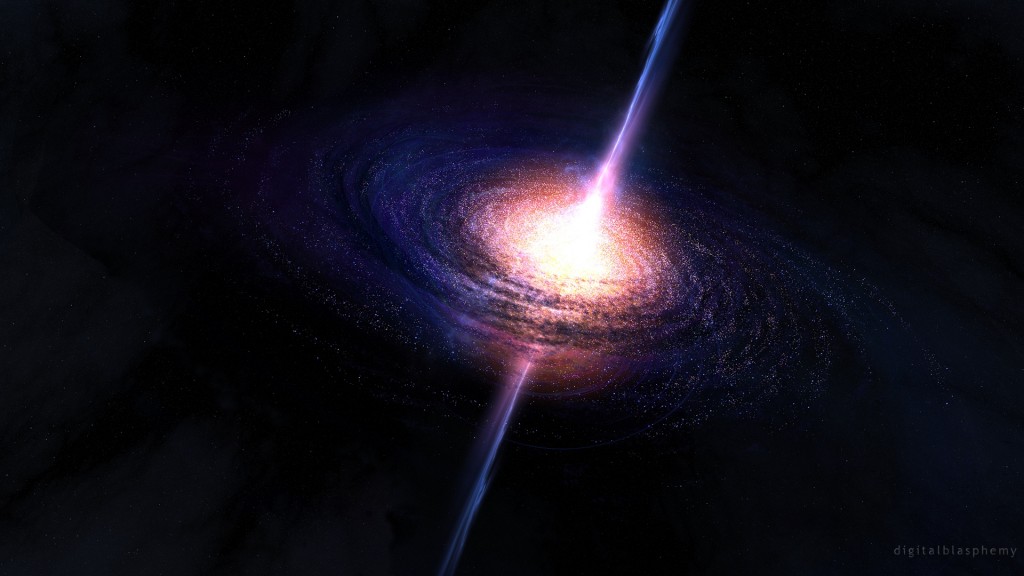 There are many things in this infinite Universe that scientists cannot explain, but the most mysterious ones remain the dark matter and black holes. Therefore, the new study showing that dark matter influences supermassive black holes is an absolute treat.

There is a massive black hole on the center of most galaxies, weighing millions or billions of times heavier than our Sun. Even though many scientists offered theories about the origins of black holes, we still don’t know for sure why and how they appear. One thing that we know for sure is that the larger the galaxy, the bigger its black hole… but the why was never answered. What is their connection?

In a recent study of a cluster of stars called the elliptical galaxies, astronomers suggest that the missing piece of the explanation might be dark matter – the key ingredient which comprises most of the Universe’s mass. Akos Bogdan, lead author of the study, scientist at the Harvard-Smithsonian Center for Astrophysics (CfA), explains that they found a peculiar connection between the measure of dark matter in a galaxy and the size of its black hole, even if the two factors are measured based on two different scales.

Dark matter is probably the strangest thing in the Universe – we don’t know exactly what it is and we can’t even see it. We deducted its existence and characteristics after seeing its gravitational effects on visible matter, and by following the large-scale structure of the Universe. One of the most impressive things is that dark matter outweighs normal matter about 6 times, making it the biggest mystery in the study of astrophysics.

Bogdan and his team of scientists wanted to observe and find an explanation for the surprising association between black holes and dark matter, so they studied over 3,000 elliptical galaxies. They used star motions and X-Ray measurements for weighing the dark matter halo, because the more dark matter in a galaxy, the more hot gas it contains, resulting in a bigger halo.

The likeliest explanation for this phenomenon has to do with the way a galaxy grows. There are various types of galaxies, and elliptical galaxies are among the most common. They got the names after the way they appear as ellipses in images. There are also spiral galaxies, which consist of stars in the form of a visible spiral structure, and lenticular galaxies, which look like a bright center surrounded by an extended, disk-like structure.

Elliptical galaxies result from the merging of two smaller galaxies, when their stars, black holes and planets blend together in the same mix. Because dark matter has the supremacy of being heavier than anything else, it also has the role of molding the development of the new galaxy. The influence of dark matter reaches even the outskirts to the central black hole. Under the effect of dark matter, the black hole and the stars of the new galaxy follow a very precise gravitational blueprint in their new formation, building themselves tightly around it.

The scientists have based the new study on the observation of the Teacup Galaxy, which also provided new data in the rather uncharted territory of black hole formation and galaxy development. Experts say that the research offers new insight into the way black holes conduct energy through normal galaxies, showing them as capable of “shooting” charged particles in the form of jets, which eventually collide with gas.

A very useful analogy would be to imagine cannon shooting water into a crowd of people – where the water cannon is the jet of particles and the crowd is the gas in the galaxy, which normally would try to form stars. As the water disperses the crowd, so does the jet in the galaxy.

Astronomers can also study our home galaxy, because we also have a supermassive black hole in the center of the Milky Way. In fact, scientists agree that our galaxy and the Teacup Galaxy might be a lot more similar than we thought, apart from the silly beverage names.

We now have significant proof that the supermassive black hole at the center of our Milky Way has also driven a lot of energy in the past, which expressed through the so-called ‘Fermi Bubbles’. Scientists believe that billions of years ago, the Milky Way used to form stars a lot faster, and the black hole might have had the role of stopping the “production”, by dissipating the forming gas. However, the theory is not well founded, and further understanding would need more extensive research.

But we have enough evidence of, is the fact that galaxies where supermassive black holes are believed to have had the most influence, are also galaxies with little to no development of new stars. In comparison, the Milky Way is still spewing around one star per year.