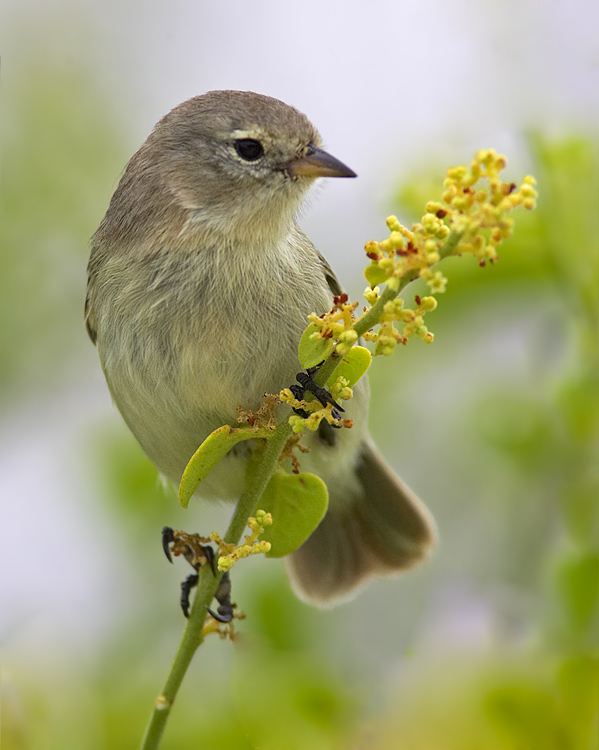 The team of scientists who made this discovery published their work in Wednesday’s issue of Nature after studying the famous finches in the Galapagos Islands. These birds sparked a particular interest in Charles Darwin, who couldn’t help but wonder why the birds’ beaks were so diverse.

One of the inspirations for the study was the work that Peter and Rosemary Grant had done. They proved that a specific finch species, the medium ground finch, experienced rapid and successive evolutionary adaptations as a response to their environment. One of these evolutionary changes involved the bird’s beak shape.

By using modern technology, the team was able to analyze how specific genes influenced the way that the beaks formed. Back when the first finch ancestors arrived on the Galapagos Islands from South America, 1.5 million years ago, they displayed pointed beaks. Since then, evolution has played its part and finches on the Galapagos Islands now comprise 15 distinct (yet related) species whose beaks, songs and feeding behavior are as diverse as you would expect them.

The team came to these results by sequencing the genome of 120 different birds from each of the species present on the island. They then compared the genes present in species with blunt beaks as opposed to species with pointed beaks. One particularity stood out when comparing the pointed-beaked finches to the blunt-beaked finches in 15 regions of their genome: ALX1.

This particular gene , ALX1, lies at the core of how the finches’ beaks evolve by either making it more pointed or more blunt. Slight modifications in the gene as a result of evolutionary adaptations can modify the beak significantly. As a result, finches can then exploit food resources that are available to them. For instance, a finch with a blunt and wider beak is able to eat larger, tougher seeds.

Yet the ALX1 gene isn’t just responsible for the way that beaks develop.

“I would not be surprised if it turns out that mutations with minor or minute effects on ALX1 function or expression contribute to the bewildering facial diversity among humans,”

Leif Andersson, one of the paper’s authors and a professor at the Uppsala University in Sweden said.

In humans as well as other vertebrates, the ALX1 gene is also responsible for key facial features. It is involved in cranial development and, when switched off, it can cause cranio-facial deformities (as are cleft palate).

Such a discovery is particularly exciting, the authors of the study noted, because of the major implications that it has. This specific gene doesn’t just control beak shapes among birds, but also facial traits among human individuals.

Normally, evolution occurs as a result of random mutations in a particular species’ genome. But this is not the case with the finches in the Galapagos. Some individuals belonging to the finch species pair off at certain times, a process known as hybridization. When this occurs, the genes of one finch population would be transferred to another. Yet until now, the consequences of this process weren’t clear.

As genetics professor Steve Jones sees it, the matter of hybridization provides an element of surprise to evolution.

“It is a classic case of Darwinian evolution, but with a twist.”

What the study published in Nature shows is that this hybridization process resulted in a mixing of specific ALX1 variants, an essential part of Darwin’s finches evolution.
Image Source: Hkbws