You are here: Home / National News / Woman Shot Her Three Year Old And Boyfriend During A Domestic Dispute. 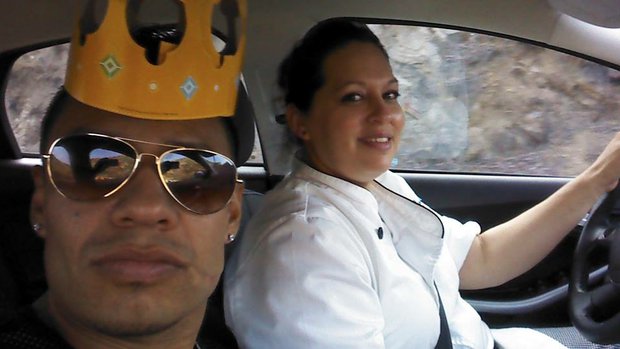 The 32 year old woman, Elaine Rose Welch, was arrested under the accusation of  killing both her child and her boyfriend. The body of the three year old was found in the woman’s house, hidden in the freezer under some frozen foods, mentioned in a statement San Diego police officials. The body of the child was set for autopsy for the week to come. Her boyfriend, 32 year old Julio Monggiotti was found in the house with guns shots in his chest and wrist.

The sheriffs deputy received a call on Friday from a woman in the Barona Indian Reservation, stating that her child was dead. A few moments later, a call coming from the same place, announced the tribal police about an attempt of suicide.

A police officer arrived at the sight and had a conversation with a man, outside his house. When the man returned inside his place, a gunshot was heard. Few seconds later, Elaine Rose Welch exit her house  with a shotgun in her hands. She placed the weapon on the ground and was taken immediately by the police.

The body of the man, was found by the police inside of the residence, with wounds on his chest and wrist. The body of the child hasn’t been located from the beginning, and after deeper searches, was found stuck in the freezer from the garage.

According to police reports, this hasn’t been the first call they had received from the couple. Apparently Welch and Monggiotti had been known for having a problematic relationship, and the police had been called at their residence several times, to cool down violent domestic arguments.
The news came as a shock for family members who did see this coming at all, and found it hard to believe the woman would have killed her own child.
For unknown reasons, Elaine Rose Welch was keeping more guns in the house, said one of the family members.

The woman has been held for investigation, and police have to determine what were the circumstances that determined the killing.
Image Source: UT SanDiego