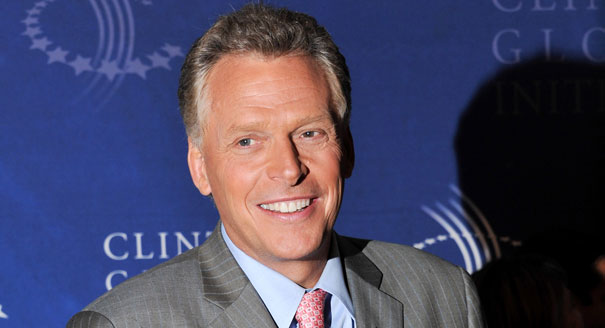 Virginia Governor Terry McAuliffe was hospitalized today as a result of an accident that the governor sustained over the Christmas holidays.

The governor and his family were vacationing in Tanzania during the Christmas holidays, it was revealed by Brian Coy, the governor’s spokesperson. When in Tanzania, Virginia Governor Terry McAuliffe sustained an accident when he was thrown off the horse he was riding. The fall resulted in seven broken ribs.

At the time, the doctors were optimistic about his diagnosis and said that the injury did not impair the governor’s ability to do his job and that the ribs would heal on their own very nicely. Unfortunately, this did not happen and the doctors identified increased fluid around the lungs of Virginia governor Terry McAuliffe. The liquid needed to be drained through an in-hospital procedure, which means that the governor needed to be hospitalized.

Since the accident, Virginia governor Terry McAuliffe has been working, but it was only today that he required any medical attention. On Monday morning he attended the Urban League’s 31st annual Community Leaders’ Breakfast, where he seemed fine. He was hospitalized after returning to Richmond and is expected to spend the night and recover for up to three days. At the moment he is at the Commonwealth University Medical Center Richmond and a medical procedure was done to remove the fluid from the governor’s lungs.

The McAuliffe family went to Tanzania to visit the governor’s daughter, who works for a nonprofit organization there. Around Christmas Day, the governor went for a ride on a horse, even though it’s not his favorite choice of activities as Coy revealed. He was thrown off his horse and it isn’t known what spooked the horse to throw the governor off.

The governor has been working his regular hours since the accident. He even delivered the State of the Commonwealth address last week. Coy added that This isn’t a dire thing and that the prognosis of the state of the governor is good.