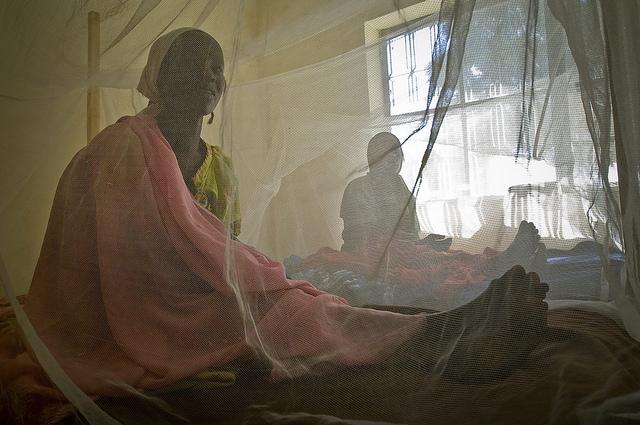 The interbreeding of two species of malaria mosquito in Mali, has created a new species called the “super mosquito”. The new insect is a hybrid resistant to insecticide used to treat anti malaria nets.

The super mosquito names was given by the research team and its leader, entomologists Gregory Lanzano, after the insect showed resistance to the insecticides.

The study brought convincing evidence which proves that a human related factor, like introducing insecticides into the environment of the malaria mosquitoes caused their evolutionary system and altered the “reproductive isolation that separates them”. The insects developed a super rapid resistance to insecticides, said professor Lanzano.
The newly developed mosquito is a hybrid between two malaria carriers mosquitoes, Anopheles gambiae and Anopheles coluzzii. To begin with, scientists though that the new mosquitoes were a different type of A. gambiae, but later they realised they were dealing with a different species.

Malaria is a very dangerous disease, sometimes fatal, caused by a parasite named Plasmodium which can be contracted trough the bite of an infected mosquito. Once inside the human body, the parasite starts to multiply in the liver, infecting red cells. If left untreated, malaria can stop blood flow to the vital organs and can lead to death.
Every year, hundreds of thousands of people, mostly from the sub Saharan, are killed by malaria. Most of the victims are children under the age of five.
Protective anti malaria methods would be the use of insecticide nets and spraying the indoors with insecticide.
The usage of insecticide nets has saved the lives of tens of thousands of people, and is a very important protection factor against malaria. But there is no surprise the mosquitoes became resistant to insecticides as this has been an under going process, said professor Lanzaro.
There is an urgent need for new malaria measures to be found. A study from the Medical News Today, said that that researchers have created a fast acting anti malaria compound, which proved to have removed the parasite completely from mice bodies, in only 48 yours.

Other protective measures, involve new anti malaria insecticides, that act as biological agents and use fungi and bacteria to kill mosquitoes but also genetic treatments that modify mosquitoes genes by killing them or by eliminating the ability to transmit malaria.
Image Source: Medical Daily