You are here: Home / Health / Study Shows Many Teens Have Easy Access to Firearms at Home 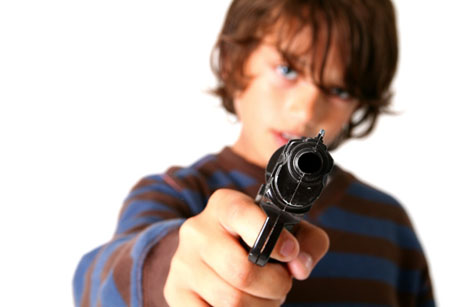 According to Dr. Joseph Simonetti, of the University Of Washington School Of Medicine’s Harborview Medical Center who conducted a study that was later published in the journal JAMA Psychiatry, too many teens have an easy access to the firearms kept at their homes.

The research was conducted using data from the National Comorbidity Survey–Adolescent Supplement, surveying 10,123 American teens between the ages of 13 and 18 from all parts of the country. The report showed that a third of the surveyed teenagers lived in a home with at least one gun. Out of them, 41 percent admitted to knowing where the firearm was stored and also how to use it. This value also shows how many children are prone to firearm injuries.

The report was conducted in order find out how many homes rise up to the standards of appropriately storing guns recommended by public health officials and various gun rights organizations. This is an important aspect because the risk of firearm injuries is significantly lower in homes with appropriate gun storage. It also lowers the risk of adolescents with suicidal tendencies to use the guns in order to successfully end their life.

The study also showed that guns are more frequently found ‘in the rural homes of relatively rich families’. The white 15 year old or older male teenagers living in those homes were found to be pleased with the fact that they could easily get access to guns.

The author of the study stated that in order to properly detain a gun one should own trigger locks and lockboxes. These can be easily bought online or in stores for only $10.

According to Dr. Simonetti the findings are not completely accurate as the data used was collected during a period extending from 2001 to 2004 but that the numbers should not be considered very different from what they would be if they had used today’s data. He added that better studies are needed in order to ‘promote safe firearms storage especially in households with children and children with mental illness.’

The American Psychological Association and the American Academy of Pediatrics are advising healthcare workers to talk more frequently to parents about the appropriate storage of guns. This is especially necessary when it comes to parents who raise children with a mental disorder or a suicidal history.

Suicide is currently the second leading cause of death in adolescent in the United States.
Image Source: San Jose Inside