You are here: Home / Health / Pennsylvania Measles Outbreak Proved to Be a False Alarm 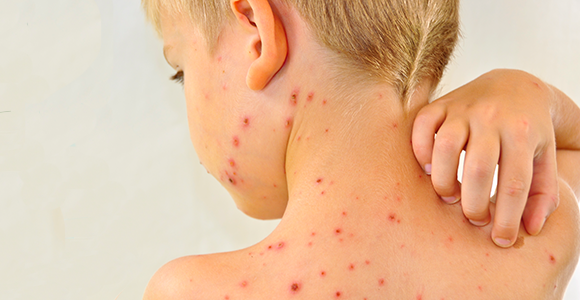 Last week, the Pennsylvania Department of Health warned the public of a potential Pennsylvania measles outbreak after two cases of exposure had been reported – one at a CVS Pharmacy and another at the kids’ Please Touch Museum at Fairmount Park at 4231 Avenue of the Republic, in Philadelphia.

On December 28, the Pennsylvania Department of Health released the public notification after one person was quarantined because doctors said it showed the same symptoms as a measles patient – fever, dry cough, skin rash with reddish blotches, tiny white spots inside the mouth and so on. This week, blood test results however showed he tested negative for measles.

The health department announced that the person might have also exposed other people to the highly contagious disease while visiting the Please Touch Museum on Monday during his visit that lasted from about 3:30 to 5:00 p.m. Health officials didn’t mention whether the patient was a child or adult.

Michael Wolf, Health Secretary in Pennsylvania, said that the public warning was necessary because his department found that the above mentioned patient had visited the Please Touch Museum and might have spread the infection among children present there.

Mr. Wolf also said that measles is a highly contagious disease that has a very short window of time after the exposure for the patient to get a measles, mumps, and rubella (MMR) vaccine.

Since Wednesday, the health department has conducted further investigation by taking samples for state lab testing from the patient. The testing confirmed he didn’t have measles and there was no public risk for a measles epidemic in southeastern Pennsylvania at that time, Mr. Wolf explained.

However, the Pennsylvania Department of Health released the public alert because over last year in the US 20 measles outbreaks were recorded, although measles is a disease that can be very easily prevented with only a vaccine. Health officials were also worried that people exposed in the museum would need about two weeks to get to their GPs for treatment and infect other people in the meanwhile.

Measles is a serious viral infection that can spread by air through coughing or sneezing. Its symptoms start after 1 to three weeks from the exposure to the virus. Among other symptoms, patients usually experience rash, fever, respiratory problems and itchy or watery eyes.

Measles can be prevented by vaccination and standard hygiene practices such as hand washing and sneezing or coughing in a handkerchief.