You are here: Home / National News / Obama Administration to Open up Atlantic Coast to Offshore Drilling 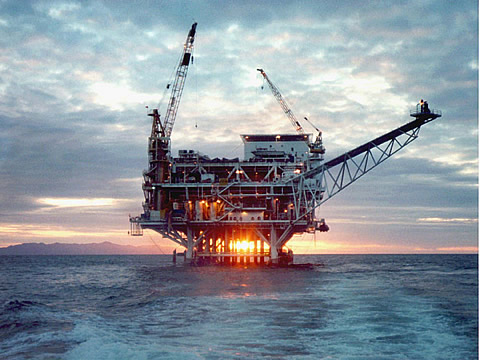 Tuesday, during a press conference call Sally Jewel, the Secretary of the Interior, announced a 5-year draft oil and gas plan to allow offshore drilling in the Atlantic Ocean, while protecting the Pacific Coast area and some Arctic regions.

The proposal, which will be open for public debates in the next months, is already opposed by Alaska authorities, New Jersey officials and environmentalists.

However, Ms. Jewel told reporters that the proposal was balanced because it would make explorable nearly 80 percent of hidden resources, while also protecting delicate areas in the coastal regions.

According to the Interior Department, the offshore leasing plan is scheduled to start in 2017 and last nearly 6 years. Widespread regions in the Beaufort and Chukchi seas will get on the protection list.

These areas are important to the bowhead, beluga and gray whales; walruses, ice seals, seabirds and other marine life,”

Margaret Williams, an environmentalist from World Wildlife Fund, said that the Obama administration should better focus on developing green energy and fighting climate change, rather than opening more of the Arctic and coastal waters “to drilling for dirty energy.”

Ms. Williams said that the proposal would threaten both our oceans and the local communities they support because the oil companies do not have the necessary technology to clean up spills. She also mentioned the 2000 environmental disaster in the Gulf of Mexico, when local wildlife, people and local economy were “decimated” after a 210-million-gallon oil spill.

The proposal contradicts recent decisions made by the Obama administration. For instance, a few weeks ago, the President closed the Bristol Bay region to oil and gas leasing plans; also, a few days ago he announced that the Arctic National Wildlife Refuge would be preserved as a wilderness.

Alaska Gov. Bill Walker recently said during a conference call that Obama’s recent actions hit his state in a very harsh period. Alaska now reports a massive deficit because of declining oil production and collapsing oil prices due to oversupply.

We’re in the worst financial condition in the history of our state. This is not the time to be doing this to us,”

Alaska officials also claim that the current federal constraints on oil and gas development would not allow Alaska to comply with the federal mandates on healthcare and education.

On the other hand, New Jersey lawmakers have another opinion. After learning of the new draft plan, they reported during a call that opening up the Atlantic coast to oil and gas development was an unnecessary and dangerous move that would pose a real threat to coastal communities, as well as a wrong approach to energy development in Alaska.