You are here: Home / Tech & Science / Both NOAA and NASA Confirm That 2014 is the Hottest Year on Record 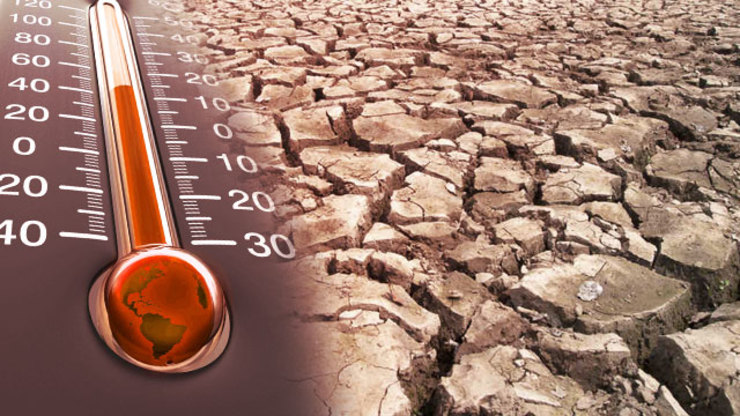 On Friday, NASA and the US National Oceanic and Atmospheric Administration (NOAA) confirmed a recent prediction made by the World Meteorological Organization (WMO) in early December: year 2014 is the hottest year on record.

Three sets of meteorological data gathered by NASA, NOAA, and the UK’s Met Office revealed that last year recorded global temperatures 1.24 F/ 0.68C above the long-term average recorded between 1951 and 1980.

In December, WMO predicted that 2014 would be the hottest year on record. NASA scientists from the Goddard Institute for Space Studies noticed that 2014 was the latest in a series of 15 warmest years.

NASA’s climate experts also explained that each year’s weather change may be affected by particular weather patterns, while long-term average temperatures are influenced by more profound “drivers” such as human emissions of greenhouse gases.

Bob Ward, think tank for the Grantham Research Institute on Climate Change at the London School of Economics, said that the new report on global temperature record completely exposed the myth that global warming was a hoax.

There is mounting evidence all around the world that the Earth is warming and the climate is changing in response to rising levels of greenhouse gases in the atmosphere,”

Strong evidence supporting global warming theory was released by WMO in its annual review of extreme weather. The organization reported that last year excessive rainfall and flooding were recorded in the Balkans, Turkey, and Morroco. Moreover, Japan had its heaviest rain ever recorded in August, while the U.S., China and South America faced prolonged droughts.

Additionally, Gavin Schmidt, a weather expert at NASA’s Goddard Institute for Space Studies, said that the institute’s set of data revealed that in 2014 there was a lot of warmth in the oceans.

The data clearly showed that 2014 was the warmest year on the record in ocean temperatures, rather than in land temperatures. However, the two records combined made year 2014 the hottest on record, Mr. Schmidt explained.

The records date back to late 19th century when scientists had the necessary tools to measure annual temperatures.

However, NASA scientists reported that there were some parts of the globe cooler than the long-term average, such as the North-Eastern U.S.

Mr. Ward argued that no politician can afford ignore this overwhelming scientific evidence or say that global warming is a lie.

But there is still turning back:

There is still time to cut emissions and keep the rise in global temperature under 2C (3.6F),”

Emma Pinchbeck from the WWF-UK claimed in a recent statement.