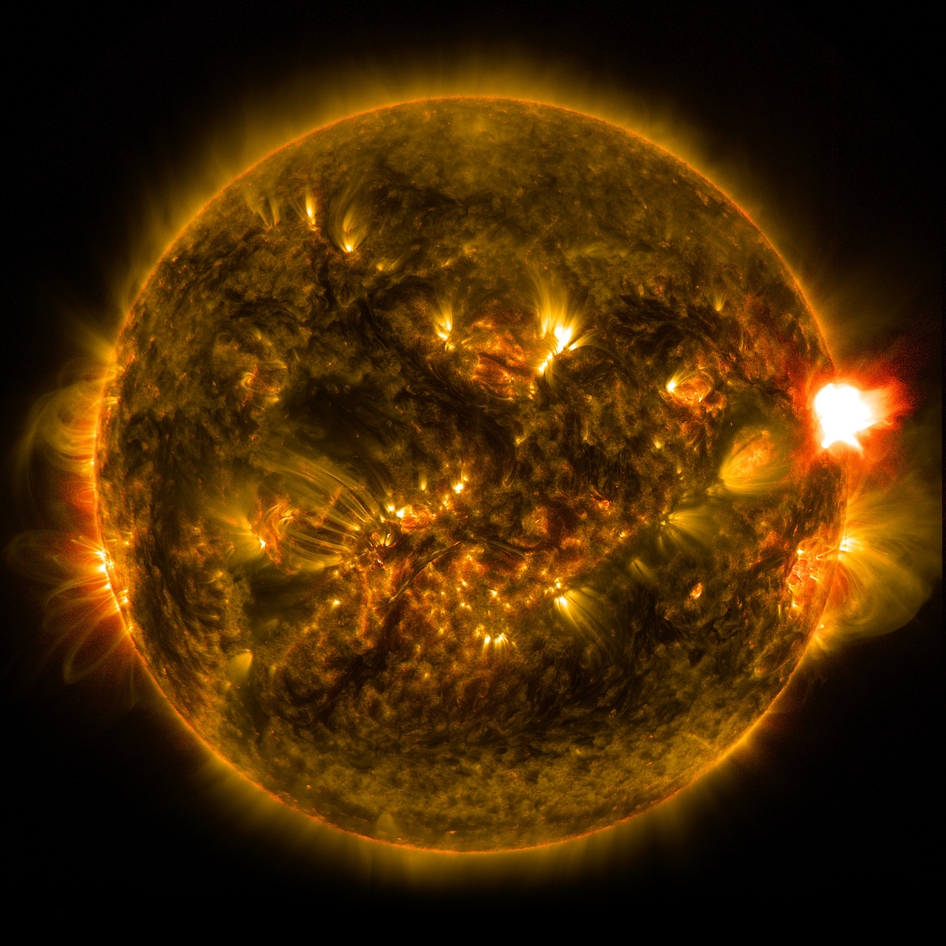 NASA has already had a good start to 2015, what with new discoveries and sharing beautiful images. Now, they have also released images of 2015’s first solar flare, which occurred on Tuesday. The images were captured by NASA’s Solar Dynamics Observatory, which studies how solar activity is created and how it causes Space Weather.

Solar flares are powerful bursts of radiation from the sun, created when magnetic energy builds up in the suns atmosphere and is released in one go, they are also our solar system’s largest explosions. NASA has stated that the energy from one solar flare is equivalent to a 100-megaton atomic bomb, so they’re pretty big! Looking at the video and image, you can see the flare to the center right of the sun.

This was a mid- level flare, categorized at M5.6, which makes it a tenth the size as some X level flares. Sometimes solar flares release coronal mass ejection (CME) from the sight of the flare, which increases sun-Earth interaction and can cause geomagnetic storms and incredible auroras.

This flare did not release and CME, however some parts of the world which were in sunlight at that time, such as Australia and the Indian Ocean, may have had a brief communications black out, due to that area being ionized by extreme UV radiation. Thankfully, although this sounds dangerous, the radiation from a solar flare cannot affect humans thanks to the Earth’s ozone layer.