You are here: Home / Health / Kids Eat All Their Veggies If Recess Comes Before Lunch, Study Finds 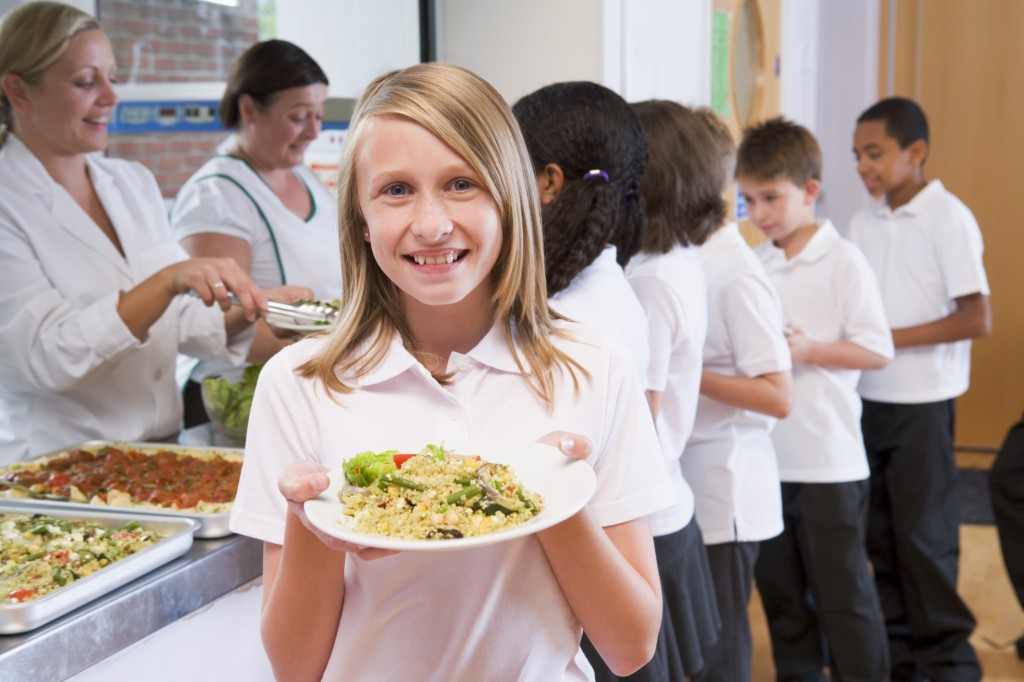 A recent Utah study revealed that you can trick kids into eating their veggies while at school by scheduling recess before lunch. Researchers at Brigham Young University found that children are 45 percent more likely to eat their leafy greens after recess.

The study involved elementary students in seven Utah schools. The findings showed that whenever recess was scheduled before lunch, 45 percent of them ate at least one serving of greens or fruits, while the total amount of fruits and vegetables ate in cafeterias increased by 50 percent. And kids were less likely to throw away their food.

Recess is a pretty big deal to kids. So if you make them choose between recess and vegetables, recess is going to win,”

Joseph Price, lead author of the study and associate professor at the Brigham Young University, explained.

The study collected data about food consumption in cafeterias from seven Orem elementary schools in 2011. Researchers made their first observations in spring when the recess came after lunch, and their latest observations in the fall, when three of the schools switched the recess–lunch order.

Prof Price said that whenever lunch was scheduled first, kids usually threw away a great deal of their meal to have more time to play during the recess. Instead, setting recess before lunch had a positive effect since kids were hungrier after their play and more willing to eat extra servings of veggies or fruits.

Not only do kids eat more vegetables, but they throw less away. For a school trying to serve good fruits and vegetables, it’s encouraging to know you can get more in the tummy and less in the trash,”

Elementary schools across country have reported increased amounts of food waste, especially after The Healthy, Hunger-Free Kids Act came into effect. The act was designed to promote healthy eating in U.S. schools by adding extra servings of whole grains and other healthy food products, as well as by capping the calorie intake and portion sizes.

Alisa Hart, Principal of Cherry Hill Elementary, said that the new guidelines led to huge amounts of food waste in her scool’s cafeteria. So, no matter how healthy a food was, if kids don’t want to eat it, it didn’t matter, she sighed.

Cherry Hill Elementary was also involved in the study, but its Principal has continued to serve lunch before recess, because getting kids off the playground into cafeteria was a strenuous job.

However, Suncrest Elementary is one of the three schools that made that change and kids were throwing less food and ate healthier. So, if it is better for children, it is worth the effort.