You are here: Home / Tech & Science / Half-Male Half-Female Butterfly Was Discovered in A Museum 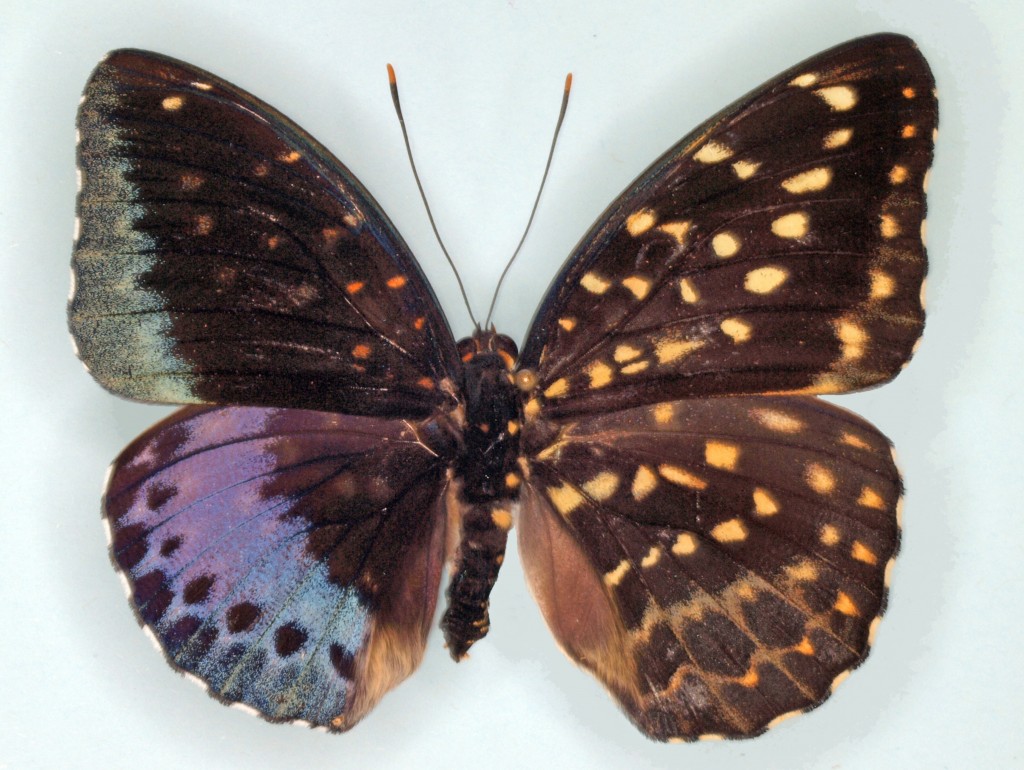 Chris Johnson, a museum exhibit volunteer for Drexel University’s Academy of Natural Sciences in Philadelphia, Pennsylvania, noticed a  butterfly with unusual traits. In October last year, he was preparing “Butterflies!”- an exhibit scheduled to take place the next day. Johnson, a former chemical engineer and a passionate amateur naturalist, found a strange butterfly.

He reported that the specimen opened up slowly and he was surprised by the dramatically different wings it had. He immediately recognized that the creature displayed the characteristics of both a male and a female. After emerging from its chrysalis, the butterfly revealed its wings.

The right wings were the ones usually found on female butterflies: combinations of yellow and brown with several white spots on them. The left wings’ color scheme was blue, purple and dark green, specific to males. The characters were too distinct to be overlooked, the shape of the wings was different and the colors were splitting the butterfly’s body in half, one with male, the other with female phenotype. He stated that after identifying the butterfly, he called Jason Weintraub, the Entomology Collection Manager of the Museum. Weintraub confirmed his guess in the following moments.

The areas in which the butterfly can be found in its natural habitat located in Southeastern Asia are the ones with extended tropical rain forests. Lexias pardalis is the scientific name of this beautiful insect, a common archduke shipped in pupae form after a long journey from a farm on Penang Island, in Malaysia. The condition from which the butterfly suffered, an unusual one, is known as bilateral gynandromorphy.

The different coloration of bird and butterfly species allow a more noticeable separation between the two sexes. The division of chromosomes in early stages of development can be the subject of tiny errors. Sex chromosome’s non-disjunction leads to the condition called gynandromorphism. This is considered an extremely rare situation. Scientists have yet to decide how rare it is because some species have similar characteristics and sexes are hard to be distinguished. As a result gynandromorphism could have simply been overlooked.

Lepidopterist Jason Weintraub concluded that the insect had “bilateral gynandromorphy.” This is an even rare form of gynandromorphy. The exhibit has both male and female characteristics, but the traits are seen splitting in half, right on the middle of its physical appearance.
Image Source: Drexel University News Blog