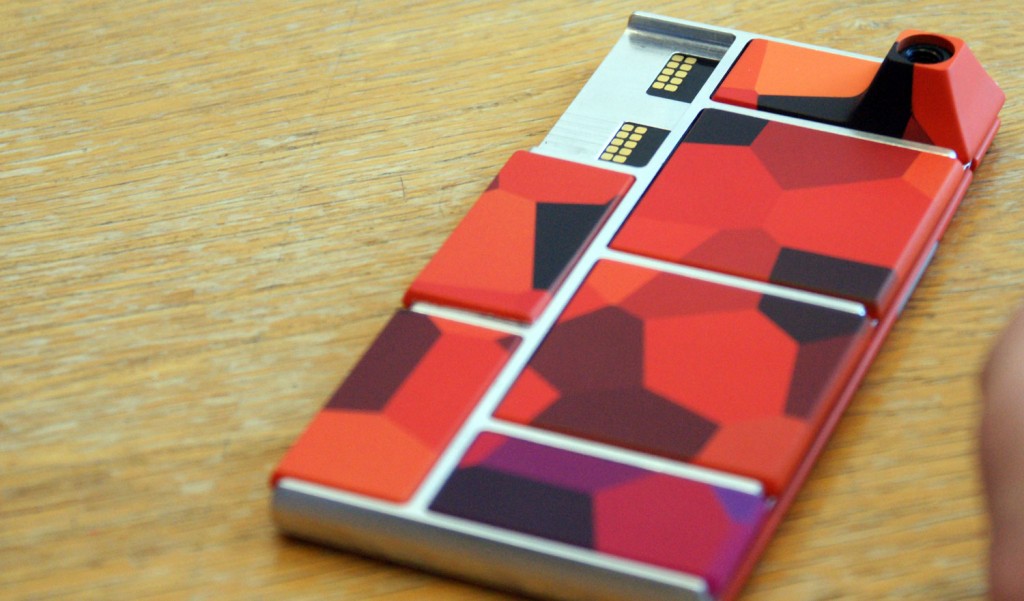 The series of customizable smartphones designed by Google under Project Ara logo will allow their owners use interchangeable parts from different types of brands to upgrade their phone. For instance, the new Google smartphone will support an iPhone 6 camera from Apple, a Super AMOLED display from Samsung, and speakers from HTC’s One M8.

With the new customizable smartphone, or “modular” smartphone, Google hopes to prevent people from replacing their smartphones solely for an upgrade. Users would be able to choose whatever upgrade for a component (or module, as Google dubs it) and match it with the Google phone.

There are currently only five prototypes of the modular smartphone. One of them is called the Spiral 2 prototype.

Google also claims that modular phone users do not need extensive high tech knowledge to use the device. The modules are easy to insert into an endoskeleton of the phone and get attached with special magnets.

The endoskeleton, or endo, can support countless of modules from various producers. It is not limited to Google products. However, Google has teamed up with Toshiba and other tech giants to diversify the range and quality of modules.

Modules such as cameras, microphones, speakers, heart sensors, or even air pollution sensors can be attached to the modular skeleton. Google is over thrilled by its new smartphone because it has a great potential in niche markets.

Project Ara smartphones would mainly act as a Lego structure. Even a child can do it.
The endo has several segments on it with standardized sizes. By designing their products according to these sizes, tech companies would produce modules that can fit any Google smartphone.

Google says that modules get attached to the phone with help from an electro permanent magnet (EPM). This magnet can be turned on and off at will. Whenever you want to change a module, the magnet should stay off. You can turn the EPM off even when the phone is on.
However, if the phone runs out of battery, the modules when fall apart.

However, Google is now working on a technology that would replace the gold-colored electrical contacts between phone and modules with a contactless media receiver that transmits data through magnetic fields. This would eliminate the limited two-year cycle of smartphones, and make Google modular phones last longer need less walks to the service.

Google hasn’t announced an official release date, but the modular smartphones would test the market later this year in Puerto Rico.

Image Source: The Next Web