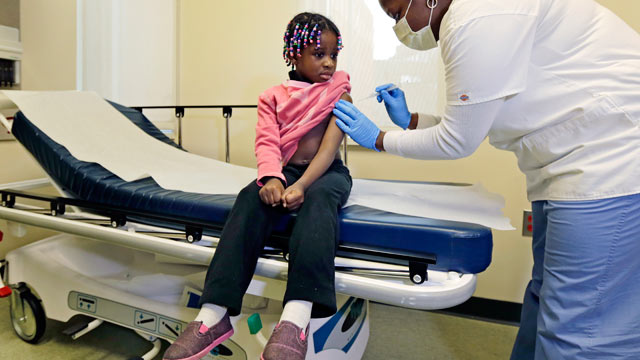 Thomas Frieden, the director of the U.S. Centers for Disease Control and Prevention, said on Friday that this flu season is going to be a severe one. The flu season lasts for around 13 weeks and we are right in the middle of it. 29 states were recorded in last week’s “high” influenza activity chart, but the number decreased to 26. Flu cases have reached epidemic levels according to the CDC.

People at risk because of influenza include pregnant women, elders over 65 years and people with kidney disorders, asthma or another underlying medical condition. Roche’s Tamiflu and other antiviral drugs were underutilized, according to Dr. Thomas Frieden. He urges doctors to prescribe the appropriate medication to patients with symptoms similar to flu’s, although tests that confirm influenza as the cause are not completed. He said that this was “a bad year for flu, especially for older people and people with underlying health conditions.” Moreover, Frieden explained that in the United States, some doctors don’t believe that Tamiflu might work. As a result, they don’t prescribe the drugs.

Researchers from the non-profit group called Cochrane Collaboration claimed that little evidence support the opinion on the effectiveness of Tamiflu and similar antivirals of its kind. Thomas Frieden argued that conclusion of CDC’s scientists about Tamiflu says that the drugs helps. This conclusion came after observational studies took place, and an early use has shown its effectiveness. Frieden said that

“What we see is quite consistent. Particularly when given in the first 48 hours, there is an impact in reducing how long people are sick and how sick they get.”

CDC’s director continued and assured that there are plenty supplies of antivirals reported by drug companies. There are some spot shortages but pharmacies have the antivirals too and can compensate to meet the patient’s needs.

Influenza A (H3N2) strain is the main source of around 66 percent of flu registered cases. Because the current vaccine has little effectiveness over the most ordinary strain of virus, antivirals are one of the little weapons officials for public health have this flu season.
Five children died from the flu from December 28th to January 3rd. 26 pediatric flu deaths are registered to this day in the present flu season.
Image Source: ABC News