You are here: Home / National News / A Five-year-old Girl Was Thrown Off A Bridge In Florida 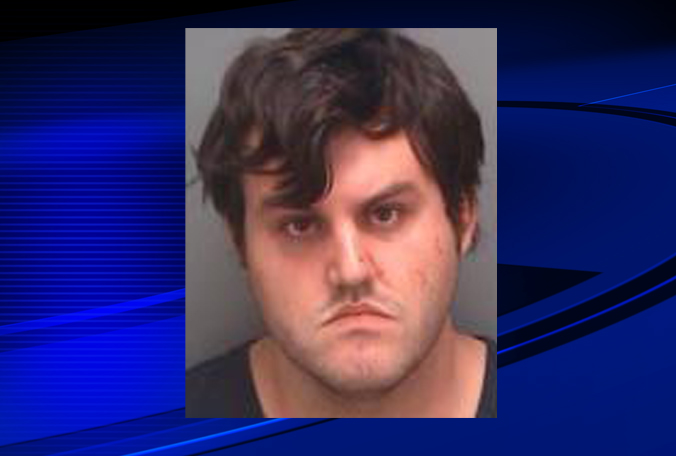 A five-year-old girl was thrown off a bridge in Florida by her father. The man was later arrested and charged with first-degree murder.

On Thursday  Jan.8, just after midnight, a St. Petersburg Police Officer was heading towards the Sunshine Skyway bridge when a white Chrysler PT Cruise raced past him with a speed of 100 miles (161km) per hour.

The off-duty officer tried to catch up with the speeding car driven by John Nicholas John Jonchuck Jr, 25, but the white vehicle stopped when it reached the top of the bridge. The driver got out of the car and started moving towards the officer who then drew his gun.

That was the moment when Jonchuck Jr returned to the car and reached towards the passenger’s seat, pulling out his daughter, Phoebe, and hastily pressing her head to his chest.

According to St. Petersburg police Chief Anthony Holloway, the officer “thought he heard the child scream, but he wasn’t sure”. After that the father threw the girl over the bridge, dropping her into 60ft (18m) of strong current water.

The suspect then got in the car and drove off but was caught and arrested 30 minutes after fleeing the scene. He was then taken back to St. Petersburg for questioning.

Meanwhile the officer was trying to locate the girl. With the help of two fishermen he found her 1.5 miles (2.4 km) from the bridge. Though resuscitation, she could not be saved. Her death was pronounced at a local hospital at 2:44 a.m. Thursday morning.

The autopsy will reveal whether the girl had been dead before she was thrown off the bridge or if she drowned.

According to the police the culprit is refusing to cooperate. His first court appearance is scheduled on Thursday.

The officer, who wished to remain anonymous, stated:

“I’ve been doing this for 29 years and I have no idea what was going on in the guy’s mind.”

Besides the murder accusation Jonchuck Jr.is also charged with “aggravated assault with a motor vehicle on a law enforcement officer”, aggravated fleeing and eluding police.

Mr. Jonchuck Jr was living in Tampa with his father and daughter who was under his custody.

This was not the first time he interacted with police officers. In 2008 he was arrested for domestic battery. Five years later he was charged for driving under alcoholic influence.

The only information authorities revealed about the mother was that a domestic violence report was filed against her by Mr. Jonchuck but that it was dismissed.
Image Source: News 13