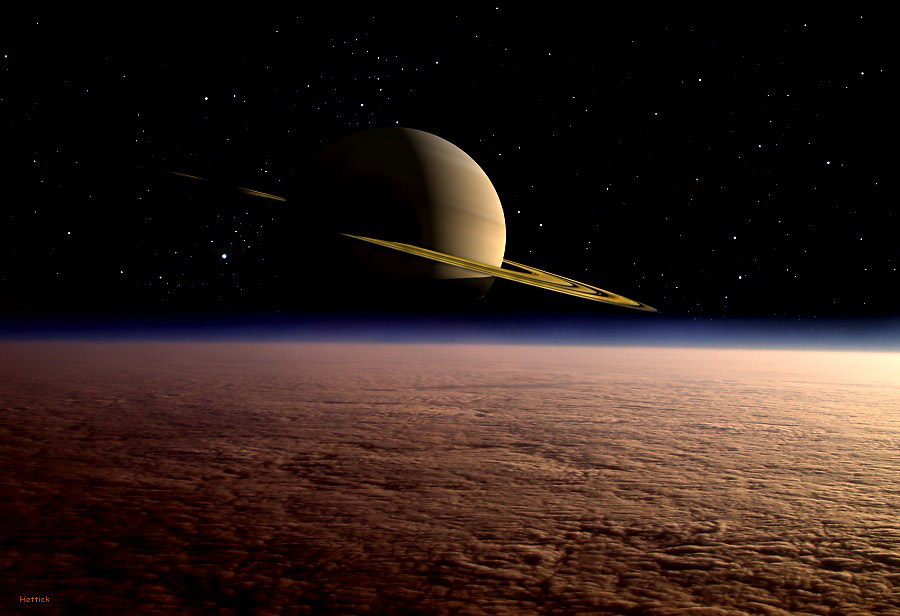 On January 14, European Space Agency (ESA) celebrated the first landing on Titan, planet Saturn’s largest moon, and the most distant landing of a man-made spacecraft. Ten years ago, Huygens probe managed to perform the first soft landing on the distant moon’s icy surface.

Before the landing, scientists hoped that the ESA probe would collect additional information on the mysterious Titan and find traces of ancient microbial life. Researchers thought that Titan’s dense atmosphere in methane had organic origins as Earth’s methane does.

Huygens probe was ferried nearby Titan by the Cassini orbiter. Huygens needed three weeks to travel from Cassini to Saturn’s largest moon’s surface. It was the first time a man-made object was landing on a planet located in the outer system.

The mission was a huge success. Carolyn Porco, researcher involved in the Cassini mission, recalled the “dreamy feeling of being in one universe one moment and in another universe the next.”

But it was no dream. We had, without doubt, journeyed to Titan, 10 times farther from the sun than the Earth, and touched it. The solar system suddenly seemed a very much smaller place,”

Cassini orbiter first got nearby Saturn in July 2004, and was able to gather exclusive information on the planet’s moons. However, Huygens sent back to Earth data that was impossible to collect from afar. Ms. Porco recalls the night when the lander performed its two-and-a-half-hour descend to Titan’s icy ground – the images taken that night were “unfiltered”, but “detailed” and “unambiguous.”

The probe beamed to Earth images depicting a shoreline and dry channels shaped by mysterious liquid. Scientists explained that Titan had no water on it; instead its streams were made of liquid hydrocarbons.

It was circumstantial but incontrovertible evidence for the liquid hydrocarbons that we had strained from orbit to find, and thrilling beyond measure. It was soon to be followed, after landing, by another unforgettable sight, under a cloudy sky and across a cobble-strewn ground to the moon’s horizon in the distance,”

Huygens was designed to operate for nearly 90 hours before its battery would go off, but the probe was able to broadcast the precious data for only 72 minutes. However, ESA scientists said that it was enough.

Huygens’ data revealed that Titan’s methane atmosphere didn’t have a biological origin. Also, before dying out, the lander was able to measure the nitrogen levels in Titan’s thick atmosphere, and read the temperatures, pressures and atmospheric density of a wide range of outcrops.