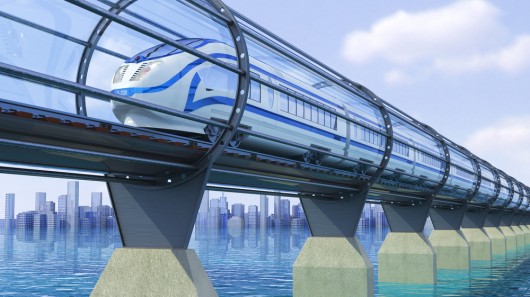 Tesla’s and SpaceX’s CEO, Elon Musk, has his eyes set on great deeds. One of his favorite pet-projects, the tube high-speed transport system is about to be made real. In fact, Musk announced on Thursday that the Hyperloop Project test site will most likely be located in Texas.

The tech maven believes that the Lone Star State has come forth as one of the leading candidates for his project, which will allow companies and students to test out different transport pod designs. At the Texas Transportation Forum, Musk announced that this upcoming project will involve an approximately five-mile-long testing track.

It didn’t come as a surprise that Musk would consider Texas as the most likely candidate, especially since the state already houses one SpaceX rocket plant, located near Waco. Additionally, Musk is involved in the construction of a rocket launch station near Brownsville, Texas.

Granted, Hyperloop is probably going to require several years to become reality. But if the project is successful, it may herald an age of hyper-speed transport, with passengers being able to travel from San Francisco to Los Angeles (a distance of 400 miles) in approximately 30 minutes.

There are many supporters of such technology. Basically, passengers would travel inside tubes speeding at hundreds of miles per hour towards their destination. And apart from the obvious time advantage that such a technology could provide, feasibility is another aspect that supporters of the idea point to. According to experts, such a project would end up being far cheaper than any high-speed train.

Such a Hyperloop system would work as pneumatic tubes used in newspapers or brokerage houses did. Basically, documents or important papers would be placed inside plastic tubes connecting different parts of a building. They would simply be pushed from one room to another by use of air power. Such low-pressure tubes would allow passengers to travel at speeds of up to 760 miles per hour.

Musk has repeatedly spoken about his interest in the technology. His enthusiasm has actually sparked the idea of an annual pod racing competition, where students would compete with their designs.

According to Musk, the passenger pods and tube system connecting San Francisco to Los Angeles would reach an estimated cost of $6 billion.