You are here: Home / National News / El Paso VA Clinic: A Doctor Was Shot And The Gunman Was Later Found Dead 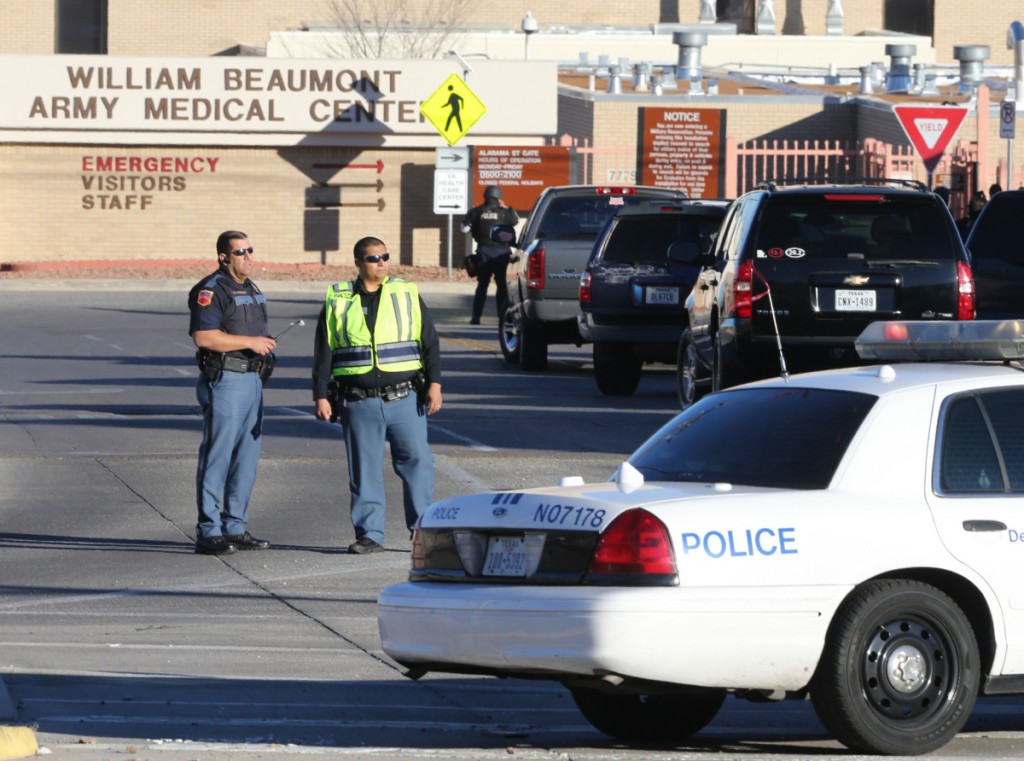 A doctor was shot and the gunman was later found dead at the El Paso Veterans Affairs Health Care System near the William Beaumont Army Medical Center. The tragic event took place yesterday, Jan.7 around 3.10 p.m., putting the clinic on lockdown mode for about an hour.

Some schools in the vicinity were also put on lockdown but only for a short period of time.

Fort Bliss’s Major General Stephen Twitty confirmed during yesterday’s press conference that there were two casualties, one of which being the gunman. He added that “all other VA patients and staff are safe”.

He refused to answer reporters’ questions and avoided to reveal information regarding the identity of the two victims or if the gunman was killed by responding officers or committed suicide.

According to local TV station CBS$ in El Paso, the gunman shot a doctor.  The station also quoted an official saying that the gunman turned the gun on himself.

The FBI has now started an investigation and is planning on questioning all the patients present in the clinic that day. According to special agent Douglas Lindquist, there are hundreds of possible witnesses that need to be interrogated. He added:

“We understand the difficulties that this situation presents to them, and we’re trying to expeditiously get through those hundreds of witnesses to find out details about this incident.”

This incident will additionally affect the clinic’s popularity after a federal audit reported last year that the Veterans Affairs Clinic has one of the longest wait lines for veteran patients trying to see a doctor for the first time.

U.S. Rep. Beto O’Rourke authorized a survey on the subject of long waiting times. The study was conducted last year on more than 690 veterans living in El Paso County and found that in order to see a Veterans Affairs mental health professional the patients waited an average period of two months. If a veteran needed to see a physician, the waiting period would grow.

In addition to this, O’Rourke activated in a “congressional probe” regarding long waiting times in the veteran health care system.

The El Paso Democrat made a statement on Tuesday saying he is “deeply saddened by the tragic situation that has occurred” and that his thoughts and prayers are with the patients and health care workers at the El Paso VA clinic.

VA hospital director, Peter Dancy said that although the clinic had been taken off lockdown, it will remain closed until Wednesday.
Image Source: Time