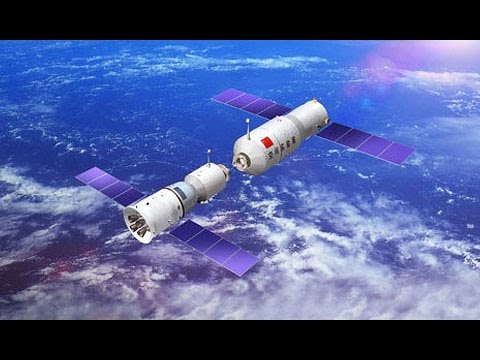 On Tuesday, Xinhua, a news agency controlled by the Chinese government, announced that the service module of China’s test lunar orbiter has successfully entered a 127-minute orbit around the Moon.The module is designed to gather additional data and prepare the Chang’e-5 moon sample return mission in 2017.

On January 11, the Chinese space agency reported that the module had performed the first breaking out of a series of three and entered an 8-hour elliptical orbit around the Earth’s natural satellite.

The three breaking procedures were meant to allow the Chinese space service module to slow down and be able to enter the Moon’s orbit. The previous two breakings were scheduled for January 12, and January 13 in the early hours of Beijing.

After the circular flight stabilizes, the module will travel along the current orbit at an altitude of 200 km above the moon’s surface for tests to validate key technologies for the next lunar probe mission, Chang’e-5,”

Engineers working at the State Administration of Science, Technology and Industry for National Defense (SASTIND) said that the spacecraft was in sound condition and had enough fuel for its mission. Also, the system tests progressed well.

China’s test lunar orbiter, “Xiaofei” (“little flyer”), was launched on October 24 at 18:00 GMT from the Xichang Satellite Launch Center in the province of Sichuan, in south-western China. Xiaofei has been orbiting the Moon eight days. After its orbiting mission was over, the Chinese orbiter deployed a return capsule that reached Earth on October 31.

Xiaofei orbiter was a test vehicle for a future moon mission dubbed Chang’e 5 after the Chinese goddess of the Moon. Chang’e 5’s reported goal is to get back to Earth lunar soil samples. If successful, the mission would make China the third nation, after Soviet Russia and the US, to fulfill such an ambitious goal.

Xiaofei is an unmanned test spacecraft designed to test China’s current abilities of launching a space vehicle, get it into the Moon orbit and back home. And the mission was indeed successful. However, Chang’e 5 mission is scheduled for 2017.

The service module that entered today the 127-minute orbit around the Moon contains support systems that are “operating smoothly”, according to the Chinese ground controllers. The module also contains data-collecting gear needed by the future Chang’e 5 mission.

The Chinese Lunar Exploration mission is a three-phase project. The first phase – orbiting – was declared successful when Xiaofei’s return capsule smoothly landed on somewhere in Mongolia. The second two phases – soft landing and sample returning – are planned to be accomplished by Chang’e 5 mission in two years time.