You are here: Home / Health / Cancer Mortality In The U.S Dropped 22 Percent Since 1991 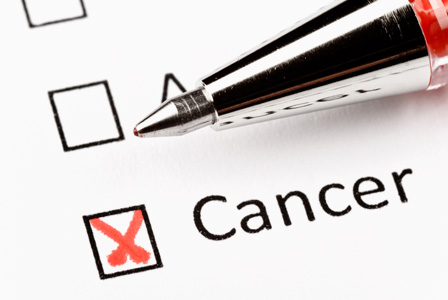 According to The American Cancer Society’ s latest available statistics, calculated using information acquired between  2007 in 2011, cancer mortality in the U.S dropped 22 percent since 1991.  The conclusions were published in two scientific journals:  A Cancer Journal for Clinicians and Cancer Facts & Figures 2015.

This 22 percent decrease in cancer-related deaths means that an extra 1.5 million cancer patients survived the treatment.  According to John Seffrin, PhD, chief executive officer of the American Cancer Society, these new statistics are a cause for celebration but that progress must still be made in the fields of prevention and diagnosis.

Cancer death rate increased mostly during the 20th century, for the most part due to the growing number of lung cancer patients. This was the consequence of the tobacco epidemic that affected more men than women. As a result, cancer mortality reached its peak in 1991.

Seffrin explained that in 2011, in the United States, 25 percent of people died from cancer-related causes, making cancer the second most important cause of death in the country, with heart disease being the first.  He added that cancer was already the primary cause of death among adults between the ages of 40 and 79 and that it would be no surprise to see a switch in ranking, from second to first leading cause of death the following years.

According to Seffrin, one way to continually reduce the number of advanced stage cancer patients is to offer Americans “the best tools to prevent, detect, and treat cancer.”

The biggest change has been noticed in lung cancer rates. This type is hard to diagnose from an early stage, often discovered when it is too advanced thus making treatment sometimes ineffective. Recent data showed a 36 percent lower male cancer rate in 2011 in comparison to 1991. Compared to the same year, the number of women cancer patients in 2011 has also decreased with 11 percent.

This decline is believed to be the result of more people giving up smoking but also due to the progress seen in cancer prevention, early detection and therapy.

Other types of cancers presented in the study were breast cancer, with a 35 percent rate decrease and prostate and colorectal cancer with a 50 percent lesser death rate than what was calculated in 1991.

The study also shows the possibility of 1,658,370 people being diagnosed with cancer in 2015 and 589,430 patients losing the battle against this disease, an approximate 1,600 deaths per day.
Image Source: She Knows