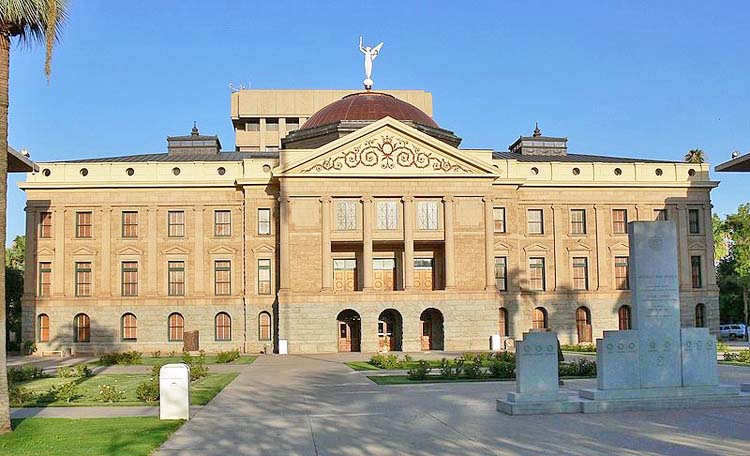 Next year, Arizona high-school students will also have to pass a civics test in order to graduate. The test will be the equivalent of the test U.S. immigrants must take when they apply for U.S. citizenship.

The new testing bill was signed into law Thursday by all Arizona Republicans and nearly half of the Democrats. According to the new regulations, high-school students will have to answer 100 simple questions about U.S. history such as the Founding Fathers, the Revolutionary War, Constitutional powers and rights, U.S. Presidents and politicians. To pass the exam, students need to get at least 60 answers straight.

We are asserting and promoting the idea that our high school students should at a minimum be able to pass the test that immigrants must also pass,”

Frank Riggs, CEO of the Scottsdale-based Joe Foss Institute, which raised awareness on the need of a civics test, said in a news conference Friday.

Joe Foss Institute also plans to get the test compulsory in all states by 2017, when the U.S. Constitution will mark its 230th anniversary. The institute reported that 15 states are already pondering on introducing the measure this year. Among others, the institute mentioned Utah, Lousiana and North Dakota.

Mr. Riggs added that the civics test was part of its institute policy of spreading education and freedom among the young people of the U.S. He also said that America needed its taxpayers to be “informed, active and, engaged citizens” after high school graduation.

Additionally, a civics test is also good for strengthening democracy since a recent study showed that students who had completed a year-long course in American civics were by 3 to 6 percent more likely to go and vote after they finished high-school.

However, the Democrats who didn’t back up the law criticize the new testing requirement for several reasons. For instance, they said the state had more urgent issue to take into consideration than the civics test, such as the educational funding crisis. Democrats also argued that the measure was presented as an emergency and turned into law in one single day.

That’s not how a bill becomes a law. Bills take a longer time so they can be carefully studied and not be half-baked,”

Sen. Farley also pointed out that conservatives, who usually oppose any federal testing, were paradoxically the ones to push the civics test which basically involves the same questions as a federal citizenship test.