You are here: Home / National News / Torture Allegations: Did 9/11 Cause America to Lose its Soul? (+Video) 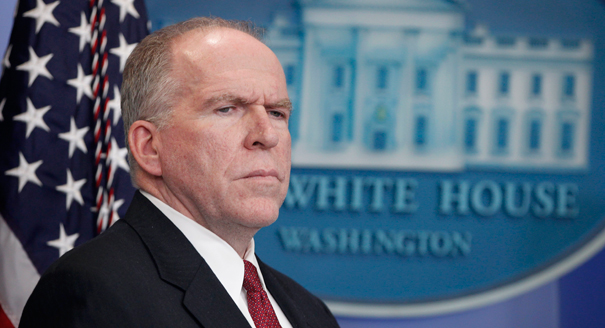 Governments are facing inquiries into the torture allegations brought against Britain’s Intelligence involvement in the matter. Terror suspects were apparently brutally interrogated by CIA agents but , in the meantime, many are wondering: did 9/11 cause America to lose its soul?

Theresa May, British Home Secretary is about to come under the spotlight as she will be answering questions regarding the interrogation methods. Among other things, the issue of having redacted information that could possibly put London in a bad light out of US reports of CIA torture will be addressed.

Many voices are already supporting the launch of independent inquiries into the matter of the interrogation of al-Qaeda suspects. Britain’s complicity is under harsh scrutiny, as prime-minister Tony Blair and his foreign secretary, Jack Straw will be asked whether they were aware of what had been happening in the secret CIA detention facilities. One particularly delicate topic is the matter of the techniques used to ensure that the prisoners reveal information.

Currently, the parliament’s intelligence and security committee is in charge for analyzing the events that took place. However, criticizing voices have already emerged, raising the issue of the ISC committee’s ability of scoping and solving an inquiry of such magnitude. On the other hand, Sir Malcolm Rifkind, the chairman of the parliament’s intelligence and security committee, claims that everything would be assessed without any favor and by using every new freedom available to them, from calling witnesses to demanding evidence.

CIA director John Brennan also addressed he situation, attempting to provide a context to the entire operation. He attempted to rekindle the nation’s traumatized reminiscence of the 9/11 attacks. According to Brennan’s statement, the agents, who had little experience and little training, continued to look for answers and carried out the investigation even while grieving. It’s because of pressure from the Bush White House, he said, that matters were pushed so far, as fears existed that second and third waves of attack would follow.

The issue isn’t whether Americans have a right to defend themselves in the face of such threats, but whether the events of 9/11 caused us to lose our souls, especially since reactions to the entire torture situation have already begun to be obliterated because of partisan politics.

“This is clearly a matter of public interest and I’m sure we’ll want to hear the home secretary on her current views.”