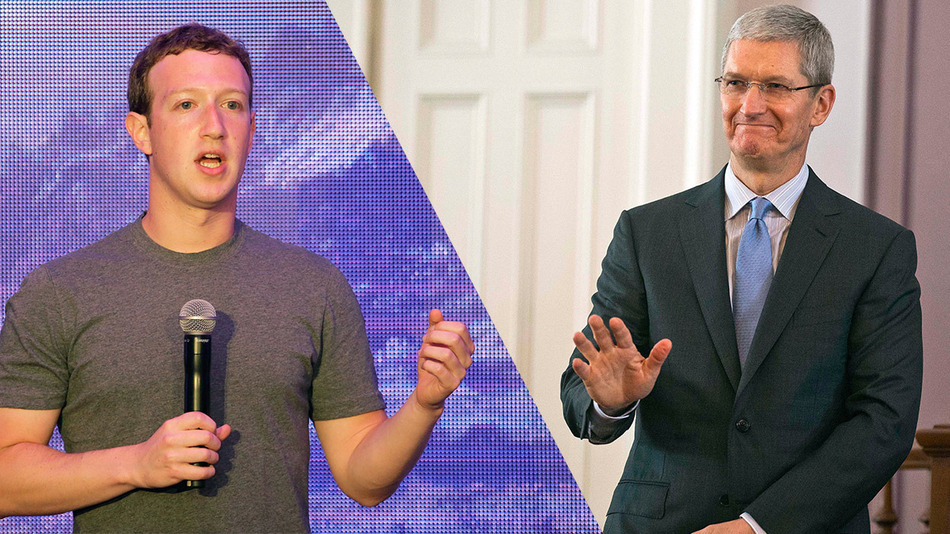 A statement from Tim Cook reads: “A few years ago, users of Internet services began to realize that when an online service is free, you’re not the customer. You’re the product.” Mark Zuckerberg disagrees.

Tim Cook, the Chief Executive Officer of Apple, stated that in 2014 Apple has put a very high price on its customers privacy. He also said that Apple does not take much interest in collecting information about its customers.

Tim Cook sat down and was interviewed by Charlie Rose and during this discussion, Cook clearly stated that his statement was a direct hit for Google’s advertising business, which he admitted that it is Apple’s main competitor.

What he did not see coming, was the fact that his words affected all ad-supported businesses, including his main and most important partner. The CEO of Facebook, Mark Zuckerberg had one thing to say about Tim’s statement : “Tim Cook is wrong”.

Apple has two main partners when it comes integrating social functions into its platform, those partners would be Facebook and Twitter. The thing is Apple is well aware of the fact that its platform still presents limitations and due to the fact that Apple will never build a search engine or a social network it still needs both Google and Facebook.

Speculations are being made that the statements from both Cook and Zuckerberg suggest that some kind of tension is building between the two companies.

If things begin to degrade after this point between Apple and Facebook, Tim Cook’s company could turn to other search providers such as Yahoo! or Microsoft for the default engine in the iOS, but in terms of social networking things are different.

Turns out Apple has little choice when it comes to integrating services based on ad-supported businesses because truth be told nobody would by a smartphone that won`t allow people to use the search engine to browse the internet or sharing links with their friends on social networks.

Statistics show that Apple owns 15 percent of the global smartphones on which Facebook has an integrated cross-platform. Due to this fact, Facebook clearly would like to continue its collaboration with Tim Cook’s company regardless of any frustrations between them.

While the argument between the two companies will likely continue for some time, in which Zuckerberg criticizes the over-priced products of Apple and Tim Cook has called Facebook a advertising-based company, between paid services and free services, things are working great for both Facebook and Apple.