You are here: Home / Tech & Science / Sand Dunes on Titan and Their Formation Revealed 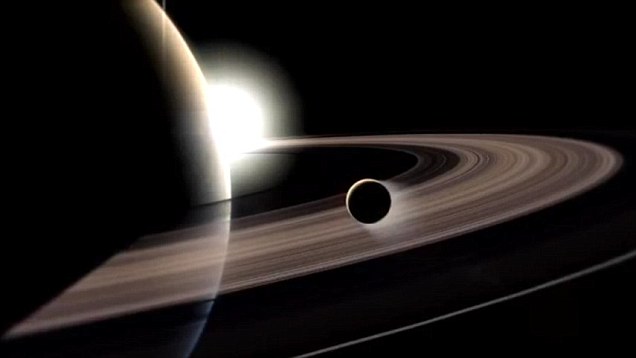 A new study, published online on December 8, conducted in a NASA improvised wind tunnel shows how sand dunes on Titan, the largest moon of Saturn are formed.

A professor of mechanical and aerospace engineering at the University of California, Bruce White, conducted a study to determine how sand dunes form on the surface of Saturn’s moon Titan. He said that although conditions on Earth are something we see as natural, these conditions will not apply to every planet.

While sand dunes on Earth are made of silica sand the ones from Titan are made of grains of crystallized water. NASA’s space probe, Cassini, gives us evidence that the atmosphere on Titan is made of 95 percent nitrogen and 5 percent methane and it’s about half thick as Earth’s atmosphere.

The study shows that there when a liquid flows over a stratum of particles, there is a speed limit at which particles begin to move. For example, on Earth, when the wind speed reaches 4 meters per second it will start to stir up the sand grains. Water will move the sand grains at a lower speed due to the fact that its density is similar to silica.

When conducting this study in the NASA’s Planetary Aeolian Laboratory, Bruce White and his colleagues, used a wind tunnel to determine the speed limit at which sand grains start to move on Saturn’s moon Titan. The result they found was that the threshold is much higher than predicted attributed to terrestrial systems. They were able to coordinate their studies with patterns based on the low density of particles  and Titan’s atmosphere.

This study may help researchers to understand the atmospheric forces of planets covered in ice and their thick or thin atmospheres such as Pluto, Neptune’s natural satellite Triton or comets. This data may be useful in basic understanding the movement of particle in liquids, the information of particle movement being useful in a wider range of situations such as dust explosions, lubricants or coal-mining and pollution of the environment.

This research is similar to what Bruce White did almost four decades ago. After studying at Iowa State University he helped NASA build a wind tunnel in which they conducted research on Mars and Venus, this wind tunnel later became the Planetary Aeolian Laboratory. White studied physics of dust storms on Mars before he joined the staff at UC Davis California.