You are here: Home / National News / Psychologists Responsible for Developing the CIA Torture Regime Now in the Spotlight 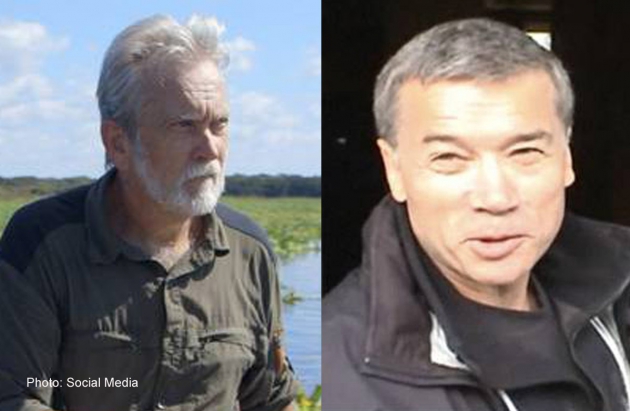 The issue of the CIA’s brutal interrogation techniques has received worldwide scrutiny recently, and while John Brennan is attempting to justify his agency’s approach, architects in the torture program come forward with new details. Psychologists responsible for developing the CIA torture regime now find themselves in the spotlight, after admitting to their involvement.

After the attacks of 9/11, high-ranking Pentagon officers inquired as to whether the preparation of U.S. airmen could be used to break terrorism suspects. Normally, a downed airman is trained to withstand stress positions, stripping, sleep deprivation and much more.

Two psychologists with expertise in survival training had an essential part in developing and enforcing enhanced torture techniques used by the CIA between 2002 and 2009. John Jessen and James E. Mitchell were the experts called in to supervise the interrogation of Gul Rahman in 2002.

According to Jessen’s statements, every move and word that the agency officers handling Rahman made and said were rehearsed and planned. Rahman was taken outside and undressed, secured with tape, beaten and dragged through dirty passageways. During this treatment, Jessen explains, prisoners should also be spoken to by his handlers.

This brutal treatment resulted in Rahman’s death, who was found in his cell on the 20th of November 2002. Autopsy reports concluded that he had frozen to death.

Similarly, James Mitchell also revealed details about the CIA’s interrogation techniques. His view on the matter was simple: valuable information had been obtained by using the torture technique. Mitchell admitted to having waterboarded Khalid Sheik Mohammed, one of the 9/11 attack’s mastermind. He added that the Senate’s report had taken a lot of the information out of context and did not accurately portray what had happened in the CIA’s secret prisons where terrorists had been detained.

“I was part of a larger team that waterboarded a small number of detainees,”

the U.S. Air Force Psychologist said during a Monday interview.

Both Mitchell and Jessen had no experience as interrogators, but they were not only contracted by the CIA to develop the enhanced interrogation techniques, but to also supervise and evaluate the questioning.

More on the topic: Torture Allegations: Did 9/11 Cause America to Lose its Soul? (+Video)

The brutal tactics employed by the CIA, from waterboarding to covering suspects with insects or depriving them of sleep had been mentioned in the Senate report to have been employed in July 2002. However, documents belonging to the Justice Department actually revealed that CIA officials had discussed these techniques during and April 1st meeting. Justice Department lawyers deemed the torture tactics as legal.
Image Source: Institute for Public Accuracy