You are here: Home / Health / Paleo Diet Is a Myth, Study Shows 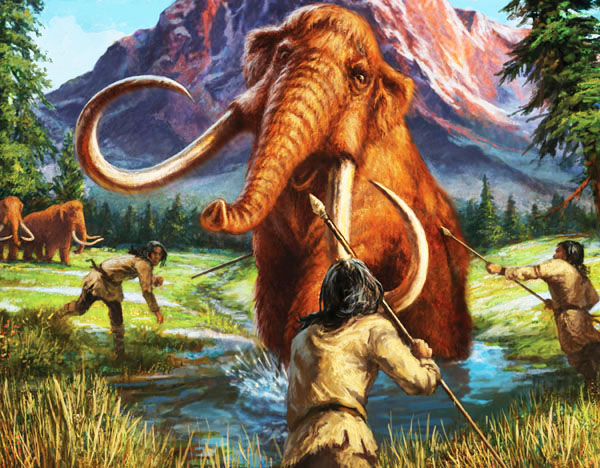 A new study published in The Quarterly Review of Biology shows that Paleo diet, or the Caveman diet, a very popular weight-loss diet among celebrities, is largely a myth.

Researchers from two different US universities say that ancient men were actually feeding to survive and they did not carefully select what they were eating since they didn’t have the abundance we see today.

The Paleo diet involves eating like a caveman – mainly home cooking the food and avoiding processed products. Also, because paleo men were hunters or gatherers, not farmers, the paleo diet prohibits consuming dairy products, wheat grains and legumes such as peas, beans lentils and chickpeas. Instead, people can eat eggs, lean meat, fish, plenty of fresh fruits and vegetables, nuts, seeds and unprocessed oils including olive oil or coconut oil.

The new study also reveals that many of the foods we eat today didn’t even exist during the Paleolithic Age. For instance, in the Nepal Himalaya, there’s a wild, ancient species of strawberries that are not even eaten by monkeys because they are very bitter. Modern strawberries have been purposeful manipulated to become the sweet berries we enjoy today.

The foods that we’re eating today, even in the case of fruits and vegetables, have been selected for desirable properties and would differ from what our ancestors were eating,”

So, that is another reason why the real paleo diet cannot be copied by modern man.

Also, the ancient men didn’t live long enough to develop all the modern day diseases caused by inadequate nutrition such as diabetes, obesity, heart conditions and so on. So, we cannot say for sure that they were healthier due to their diet. Scientists thus warn people on paleo diet to consider its long-term effects upon their bodies.

The new study shows that early humans had an omnivorous diet including foods gathered from different sources like modern day bears and pigs’ diets. Ancient men ate to survive and reproduce. There was no food picking during those harsh days.

Also, the new study reveals that ancient men living in colder, northern regions had mostly an animal-based diet, while those living in warmer places ate more plants and fruits.

Scientists say that paleo diet is a myth because it was built on the evidence provided by the chemical analysis of ancient man’s teeth which is not enough since there are many other factors to be taken into account when reconstructing a log gone diet.