You are here: Home / Tech & Science / Orion is on its Way to San Diego Naval Base 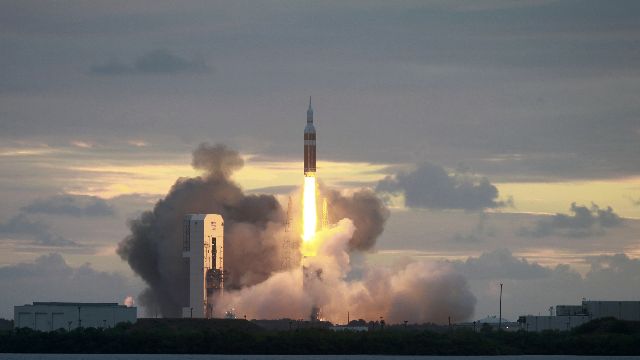 After a successful liftoff on Friday morning and a meet-up with Anchorage, the US Navy warship, Orion is on its way to San Diego Naval base.

The news media was invited by NASA on Monday to view the Orion spacecraft at Nava Base San Diego, which is also the homeport of Anchorage the warship that retrieved NASA’s spacecraft after its splashdown. Monday’s viewing is not open to the general public, officials say.

Francis French, director of education at the San Diego Air and Space Museum in Balboa Park said “The Orion spacecraft splashed down in the Pacific and was brought to San Diego by the Navy. So this continues a tradition that goes back to the early days of the space program.”

Officials say that even if this is a very important first step, there is still much to do before people start flying in the Orion spacecraft.

The Orion, which is meant to fly astronaut to Mars in the near future, was launched Friday morning aboard a Delta 4 Heavy Rocket from Cape Canaveral Air Force Station in Florida, NASA’s capsule program manager Mark Geyer said.

Initially Orion was scheduled to launch Thursday but due to weather conditions and technical problems the launch was postponed for early Friday morning.

Three hours after the launch, the spacecraft was at a peak altitude of 3.604 ( 5.800 kilometers ) miles of Earth. Orion has survived many hours through the atmosphere at temperature that could reach 4.000 degrees Fahrenheit and also experienced gravitational forces that are eight times stronger than Earth’s. Orion’s total flight time is 4 hours and 30 minutes.

As Orion gained altitude its onboard camera sent pictures of Earth to Kennedy Space Center, which reminded officials about the Apollo program more than four decades ago.

Minutes after, at 11:29 AM EST, Orion’s 11 parachutes have deployed and slowed the spacecraft preparing it for splash down 630 miles away from San Diego.

Upon arrival at San Diego Naval Base, a research team will assess the spacecraft’s performance.