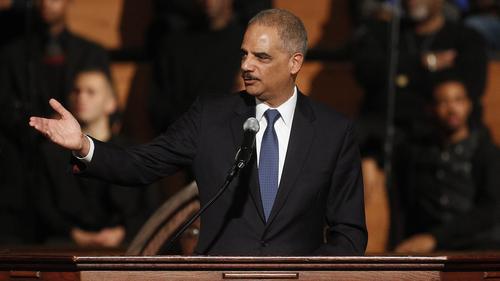 The new racial profiling guidelines announced by the Obama administration, that allows government agencies to observe passengers at United States airports and borders, will exclude the FBI and some other law enforcement agencies.

These guidelines will prevent some government institutes to take into consideration factors such as nationality and religion when conducting investigations. Also these guidelines do not apply to the Transportation Security Administration regarding border crossings and ports points of entry.

The new guidelines will not be applied to local police departments because they have day-to-day interactions with community members. In 2003, the Bush administration, banned the law enforcement officers to take into consideration facts such as sexual orientation, nationality and religion, thus pre-dating the shooting in Ferguson, Missouri in August.

These profiling guidelines are meant especially for federal law enforcement officers and agencies, thus preventing them to build a routine racial profile of people. The guidelines will not stop federal agencies such as FBI to gather information based on race and ethnicity, a process called “mapping” by officers within the Federal Bureau of Investigations.

The director of ACLU’s Washington Legislative Office, Laura Murphy, said : “In essence, the guidance is an improvement, but it is not sufficient.”

The new guideline applies especially to the agencies inside the Justice Department, such as the Federal Bureau of Investigations, the Drug Enforcement Administration and the Bureau Of Alcohol, Tobacco, Firearms and Explosives. It is said that the Department of Homeland Security, which is responsible for airport and border security, fought against being included in the same category of rules in the administration’s new guideline.

The ACLU officials were worried about the fact that if Department of Homeland Security will not be the subject of the same guidelines, will directly affect the Latino community and religious minorities.

Eric Holder, the Attorney General, expressed the importance of these new guidelines by giving the example of two recent cases that had an impact on the minority communities. The first case was about Eric Garner, who had been choked to death by a police officer in New York in July, and the second case was the Ferguson shooting in August, in which a 18 year-old African-American teenager, Michael Brown was shot by a police officer.

Faiza Patel, Co-Director of the Liberty and National security program said in a statement: “In both of those cases, you had local law enforcement that was involved in the incidents, and the guidelines don’t regulate state and local police.”