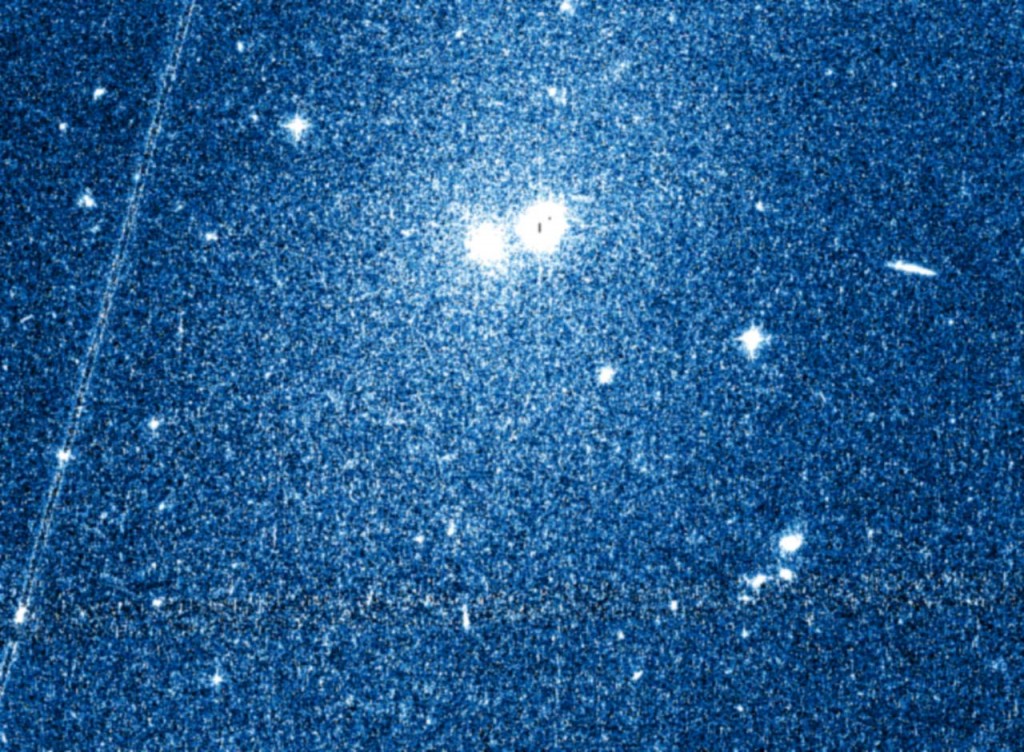 New dwarf galaxy found by Russian researchers at seven million light years away from Earth. The galaxy is situated in the southern area of the constellation Hydrus.

The galaxy, known as KKs3 has been discovered by the Special Astrophysical Observatory in Karachai-Cherkessia, Russia, led by Igor Karachentsev. The dwarf galaxy has a weight of 23 million solar masses, a ten-thounsadth of the Milky Way’s stellar mass. Most of KKs3’s star mass was formed 12 billion years ago, in the early stages of the universe. The new found galaxy is lacking the spiral arms found in the Milky Way.

According to the researchers, finding this galaxy represents outstanding work, even if they received a lot of help from the Hubble Space Telescope, which was built by NASA, with help from the European Space Agency. Hubble is a space telescope that was launched in 1990 into Earth’s low orbit and is still operating.

Dwarf galaxies  contain no dust and gas, as it is absorbed by the gravitational force of the larger objects around them. They are quite dim bodies, making spotting them extremely hard work. But this hasn’t stopped researchers from their mission. A find like this could give just a slight idea of the unknown surroundings of our galaxy and its neighbours, which surprisingly, are more than was expected. Finding more spheroidal galaxies as  this one may  provide valuable information about the evolution of the cosmos and help scientists understand how the ancient universe looked like.

Thanks to upcoming highly developed instruments, such as the James Webb Space Telescope or the European Extremely Large Telescope, scientists will be able to carry on their work on breaking the myths of outer space and better understand the creation of the universe.

The European Extremely Large Telescope is designed to allow scientist to study the earliest stages of the creation of the planets and also for being able to detect water and organic molecules in proto-planetary discs surrounding the unborn stars.
Image Source: Sci-News