You are here: Home / Health / New Drug Fighting Obesity Has Been Endorsed By FDA 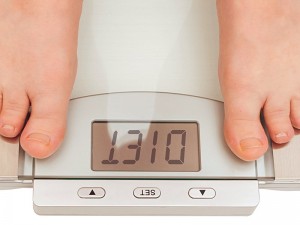 Obesity has become one of the world’s most serious health concerns in recent years. As a result, many pharmaceutical companies came forth with different medical options. The latest approved drug treatment in U.S. brings a Danish producer on the market. This producer offers a treatment that has to be injected. Saxenda, the new drug fighting obesity has been endorsed for adult use by the Food and Drug Administration (FDA), two days before Christmas.

The drug was assessed in three clinical trials that included around 4,800 participants, prior to Tuesday’s approval. The subjects were overweight and obese patients, including individuals with and without serious weight-connected health problems. Throughout the trials the participants received advice on life changes including a low-calorie eating regimen and consistent physical exercises, according to an FDA announcement.

Fabricated by Novo Nordisk A/S, Bagsvaerd, Denmark, Saxenda was developed for obese grown-ups and is designed to be used in conjunction with physical action and a low-calorie menu.

The medication was only endorsed for adults suffering from obesity with a body mass index (BMI) of 30 or higher, as it is specified in the official public release.

Those with a BMI of no less than 27 might be granted a doctor’s approval to use it provided that they have no less than one weight-related condition, like for example, hypertension, elevated cholesterol or type 2 diabetes.

Dr. James Smith, current deputy executive of metabolism and endocrinology products branch in the FDA’s Center for Drug Evaluation and Research emphasized in a news release that, obesity is a general wellbeing concern and undermines the general health of individuals. According to Smith, the newly approved drug offers an extra treatment alternative to chronic weight control for individuals diagnosed with obesity or those that are overweight and are suffering from at least another health problem caused by their weight. He also specified that the treatment is efficient, if used mindfully and corroborated with a reduced calorie intake and fitness exercises.

The medication works by replicating GLP-1 (glucagon-like peptide), which is a hormone made in the digestion system. The GLP-1 hormone send signals to the brain when the stomach is  full, so this medication mirroring the hormone can help patients consume less food.

Novo Nordisk can brag that its obesity treatment was approved on its first attempt, compared to Arena Pharmaceuticals’ Belviq, Vivus’ Qsymia and Orexigen’s Contrave. At the same time, Saxenda does not represent real competition for the existing obesity medication on the market, as, unlike the others which are pills this one has to be injected.

In the event that Saxenda has stunning effects, hefty patients may prefer to have it injected instead of popping a pill. But since the placebo –adjusted weight reduction is of around 4.5%, it is unlikely to see a major change from oral medications.

But the weight reduction offered by the new drug is higher than with Belviq, practically identical to that of Contrave, and not exactly in the same class as Qsymia’s, which has wellbeing issues that keep it from being the patients’ first choice.