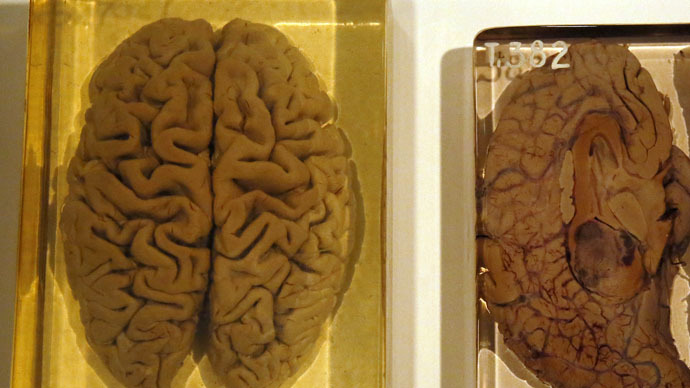 Missing brains mystery solved by University of Texas through an inside investigation.The brains kept in recipients of formaldehyde reported missing at the University of Texas in Austin were in fact disposed of 10 years ago, school representatives announced on Wednesday.

Received in in the 1980s, the brains eventually deteriorated and did no longer suit their purpose, that of being used for research or a teaching tool. As a result environmental workers destroyed them, stated the university’s officials. It is estimated that the organs made up about fifty percent of the university’s collection.
According to the university, somewhere between forty and sixty jarswere  disposed of by a biological waste company , comprising multiple human brains. The jars comprised as much as 100 brains.

Some believed one of the destroyed brains belonged to Charles Whitman, the former Marine convicted for murdering 16 people in a campus shooting spree in 1966. The university denied any link between the brain samples and Whitman.
However, uncertainty remains since all identifying data had been erased from the specimens when the center took them in.

The brain specimens were forwarded under a “temporary possession” agreement to the university’s Animal Resources Center more than 30 years ago by the Austin State Hospital- otherwise known as the Texas State Lunatic Asylum The specimens were originally put together by Dr. Coleman de Chenar, a resident pathologist at the hospital and then, were to be used by the university in its psychology lab.

University of Texas officials are currently examining the decision to destroy the brains and have denied allegations that the specimens were shared with other universities after it was reported that the missing brains were found at the University of Texas at San Antonio.
The remaining specimens at the school have been relocated to the Norman Hackerman Building. As a preventive measure, the brains are being scanned with an MRI equipment so the image of the brains remains intact even if they will deteriorate in time
Initially, Psychology professor Lawrence Cormack, co-curator of the collection, believed that students might have slowly taken out the brains over time as a prank.
The story of the brains gone missing went viral this week thanks to a number of articles published in the both written and online media.